We'll soon be bidding farewell to the 2010s. So this is an opportune time to look back on some huge stock market winners of the last decade.

It would be easy to cover big-name stocks like Amazon.com and Apple, which have returned 1,220% and 970%, respectively, over the decade. But who doesn't know that these stocks have been terrific performers?

So, like Robert Frost, we're going to take the road less traveled and focus on three much lesser-known top performers: aerospace company TransDigm Group, medical device maker Insulet, and backup power solutions specialist Generac Holdings. Over the last decade, all three of these stocks have outperformed Apple stock and one has left Amazon stock in the dust, with the other two nipping closely at its heels. 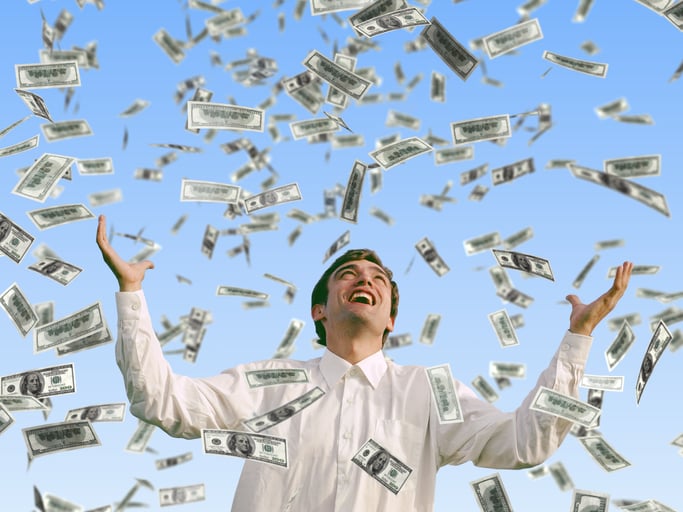 Data sources: Yahoo! Finance and Finviz.com. P/E = price to earnings ratio. EPS = earnings per share. YTD = year to date. *Generac's initial public offering (IPO) was in mid-February 2010, so it began trading a bit after the start of the decade. Data as of Dec. 16, 2019.

TransDigm: A 22-bagger over the decade

TransDigm bills itself as a "leading global producer, designer, and supplier of highly engineered aerospace components, systems, and subsystems for use on nearly all commercial and military aircraft in service today." The company makes a wide range of products, including pumps and valves; motors, actuators, and controls; batteries and chargers; ignition systems; lighting and instrumentation; and more.

One main thing to know about TranDigm is that it's incredibly profitable. Of the eight large-cap stocks classified by finviz.com in the aerospace/defense products and services industry, the company's operating margin is the best by far. Its operating margin is 36.9% over the trailing 12 months, with Heico coming in second at 22.1%.

ln its recently reported fiscal fourth quarter, TransDigm's revenue soared 47% year over year. Results got a big boost from its March acquisition of Esterline Technologies, but organic revenue was still up a healthy 8%. Earnings per share, adjusted for one-time items, jumped 27% to $5.62, flying by the $5.31 Wall Street expectation.

Insulet: A 12-bagger over the decade

Insulet's Omnipod insulin pump is marketed to people with type 1 and insulin-requiring type 2 diabetes -- conditions that are, unfortunately, on the rise around the world. What's unique about Omnipod is that it's tubeless, which many folks with diabetes are finding a more convenient and less burdensome way to obtain their insulin than by using pumps with tubes or by giving themselves multiple daily injections.

Moreover, Insulet has a big catalyst for growth on the late 2020 horizon: It plans to launch its Horizon system, an automated insulin delivery system that uses a DexCom continuous glucose monitor

Insulet has been delivering fantastic financial results. In the third quarter, its revenue jumped 27% year over year and adjusted earnings per share tripled. Management increased full-year 2019 revenue guidance and now expects revenue growth of 28% to 29% year over year.

Generac: A 12-bagger over the decade

For most of its life as a public company, backup power solutions provider Generac has flown under the radars of many investors, despite its great long-term performance. In recent months, however, the company -- and its stock -- has become at least somewhat better known. The impetus? The Northern California blackouts.

As the leading maker of residential backup generators, Generac experienced a boost in demand for its products from Californians who are fed up dealing with losing their power for days on end. During the fall, electric utility PG&E (NYSE:PCG) instituted several massive waves of pre-emptive blackouts during certain weather conditions aimed at preventing its equipment from starting additional rapidly spreading wildfires.

Generac management recently increased its full-year 2019 outlook. It projects revenue will grow 8% to 9%, up from 6% to 7%, and that its adjusted EBITDA (earnings before interest, taxes, depreciation, and amortization) margin will come in at 20.5%, up from 20%.

Are any of these stocks a buy?

All three of these stocks are worth considering buying. Insulet's sky-high valuation makes it only a good fit, however, for more risk-tolerant investors.