If you're a smart investor, you're going to be looking for a top dividend stock rather than a mediocre one. So here's some great news: There are plenty of companies in the stock market with higher yields than Pepsi. Three to consider are ExxonMobil (NYSE:XOM), Kinder Morgan (NYSE:KMI), and Magellan Midstream Partners (NYSE:MMP).

Here's why these three are worth a look. 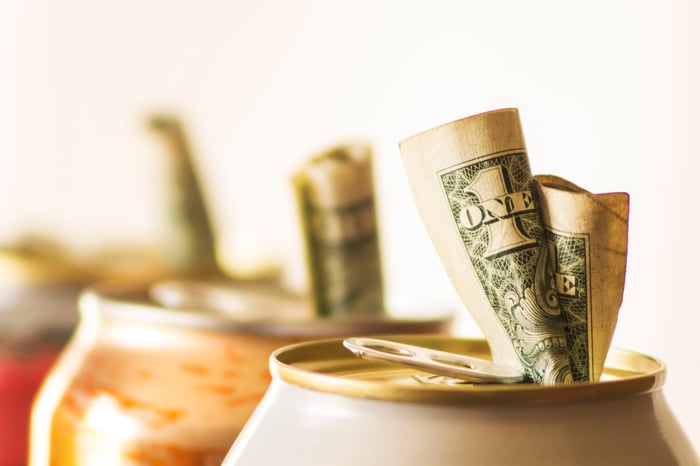 In many ways, ExxonMobil hasn't changed a whole lot over the past few decades: Like its component companies Exxon and Mobil before it -- and their mutual predecessor Standard Oil before that -- the company discovers oil in the ground, pulls it out, refines it into gasoline, and sells it at its own branded filling stations. It also sells crude oil and natural gas to third parties.

Exxon also pays a dividend, which it has increased every year for the last 37 years, putting the company solidly in Dividend Aristocrat territory. The dividend yield has been creeping upwards for the last decade, and earlier this year hit a milestone: For the first time since the year 2000, Exxon's dividend yield surpassed the 5% mark. It's since receded to 4.9% but it's still much better than Pepsi's.

Pepsi's share price, though, has outperformed Exxon's over the past few years. The oil giant is in the midst of a multiyear turnaround plan to boost its slowly declining production. Exxon is using its strong balance sheet to increase its investment in new production during this low oil price environment. However, with such a high yield, shareholders who buy in now will be rewarded for their patience.

As a Dividend Aristocrat, Exxon's reliability when it comes to its payout is beyond reproach. Thanks to its conservative management style, its balance sheet is also rock-solid. Unfortunately, the same can't be said for the largest natural gas pipeline operator in North America, Kinder Morgan.

In 2015, in response to rising levels of debt on its balance sheet and an oil and gas industry in turmoil thanks to the energy price downturn of 2014-2017, Kinder Morgan slashed its dividend by 75%, prompting a major stock sell-off.

Since then, Kinder has been working hard to get back into investors' good graces. The company has made progress on its balance sheet, trimming long-term debt by 14.7% over the last five years. It's also thrown dividend growth into overdrive, boosting its payout by 60% in 2018 and an additional 25% in 2019. Kinder plans another 25% hike for 2020, which would put its yield at about 6% -- more than twice Pepsi's and in line with other companies in the sector.

Kinder Morgan's dividend history may not be as impressive as Exxon's, but for investors who like dividend growth, Kinder is a choice pick.

Magellan Midstream Partners: The best of both worlds

For investors hoping to have it all -- a conservatively managed company with a solid balance sheet and a yield that's more than double Pepsi's -- one company to consider is actually not a "company" in the traditional sense, but a master limited partnership (MLP): Magellan Midstream Partners.

Like Kinder Morgan, Magellan is primarily a pipeline operator, although it ships crude oil and refined products as opposed to natural gas. Unlike Kinder, the company has comparatively low debt in a sector where debt is common (thanks to the high up-front costs of building major infrastructure like pipelines and storage terminals). Like Exxon, Magellan has consistently upped its payout: 70 times since its 2001 IPO. Small wonder that the MLP currently sports a 6.5% yield.

After some high-profile project cancellations in recent years, investors have been concerned that Magellan's list of expansion projects wasn't long enough to support substantial growth of its distribution (the MLP version of a dividend). However, a spate of recent additions have management convinced that it can still grow the distribution -- and the company overall -- while maintaining its solid balance sheet and coverage ratio.

Pepping up the portfolio

There's nothing wrong with having Pepsi in your portfolio, but its yield leaves something to be desired. However, a high dividend that gets cut can be worse than a middling dividend that doesn't. Luckily, ExxonMobil, Kinder Morgan, and Magellan look like good bets to offer both stability and yield to your dividend-focused portfolio.