Shares of Bed Bath & Beyond (NASDAQ:BBBY) closed 5% higher on Wednesday after receiving positive mention -- for the second day in a row -- from Wall Street analysts.

Yesterday, Merrill Lynch raised its price target on Bed Bath & Beyond stock to $24 a share, citing "increasing confidence in the timing and magnitude of turnaround," according to StreetInsider.com. Today, Loop Capital echoed the sentiment (if not the price target), raising its price target to $15 a share. 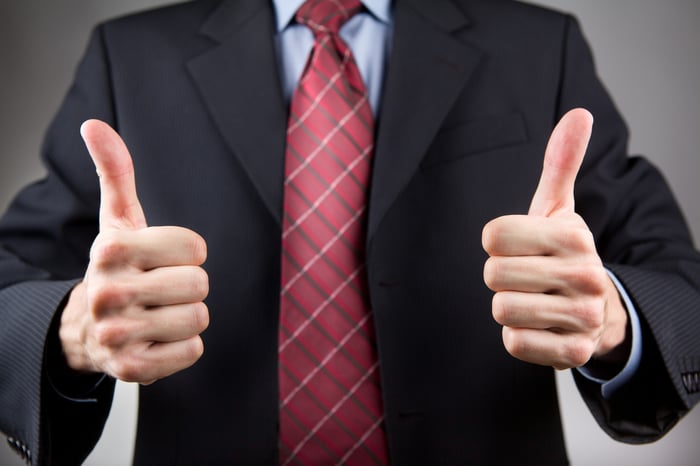 At first glance, that might not seem like such positive news. After all, Bed Bath & Beyond shares closed trading today at $17.72 -- $2.72 above what Loop Capital says they're worth. On the other hand, we know quite a bit more about Loop's reason for raising its price target than about Merrill's.

As Loop's analyst explained, new President and CEO Mark Tritton appears to be cleaning house at Bed Bath & Beyond, ordering the dismissal of six senior executives. In this analyst's view, this is a good thing inasmuch as the departing executives presided over "years of declining sales, profit margin degradation, and evaporating shareholder value, as well as a multitude of questionable acquisitions."

Now, says Loop, the fact that "the senior management 'deadwood' has been eliminated" gives reason for "increased optimism" about Bed Bath & Beyond's prospects. It may not have happened soon enough to save Q4 results, which are expected to be down more than 80% year over year, with earnings of just $0.03 per share. But it may be soon enough to at least help Bed Bath & Beyond resume growth and meet next quarter's consensus -- a 22% increase in earnings to $1.47 per share.