The Australian Competition and Consumer Commission said the sale would concentrate hard cider sales under Asahi's control, giving it as much as a 71% share of the market. It also said the deal would lessen competition in beer because Asahi had proved to be an effective, growing rival to Carlton and Mitsubishi's Lion beer, a role that would be diminished if it acquired Carlton.

The regulators haven't outright rejected the deal yet, announcing they will take public comments on the sale, but with an eye toward making a final decision on March 19, 2020. Still, it seems clear Anheuser-Busch will not be able to proceed with the transaction as it is currently structured. 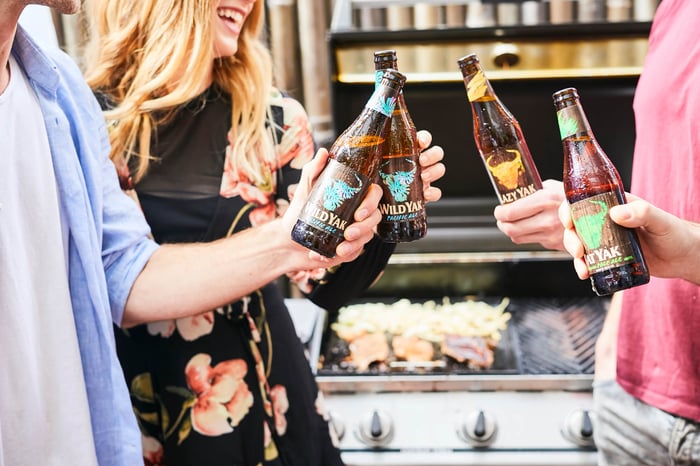 The megabrewer needs to reduce its debt, but it keeps running into problems.

It initially tried to spin off of its Asian brewing business, which included the Australian brewery, a separation that would have netted Anheuser-Busch almost $10 billion, but investors found the asking price too high and the brewer pulled the offering.

It then came back with the plan to sell Carlton & United to Asahi for $11.3 billion, garnering more for it than the IPO would have, and then had a second IPO for just the Budweiser Brewing Company APAC business, but at around half the price. That effort was successful, and Anheuser-Busch looked to be on the path to cutting its massive $100 billion debt load by over 15% between the two transactions.

Now it seems it will have to come up with an alternative -- one that, if approved, will net the brewer a much smaller gain again.

Anheuser-Busch loaded its balance sheet with debt to buy SABMiller in 2016, but consumers still aren't buying beer following the combination and the brewer has forecast muted profits growth for the immediate future.

The dying Australian deal also undermines the brewer's expectation it would be able to lower its debt below four times earnings before interest, taxes, depreciation, and amortization (EBITDA) by the end of the year, which had been a full year ahead of its prior guidance.

Anheuser-Busch has said it believes a debt-to-EBITDA ratio of around 2 is optimal for its business, but with sales and earnings no longer rising, it is forced to resort to asset dispositions to reduce its debt load.

A plan that was just ripening

To get the deal past the antitrust regulators, should Asahi still want to move forward, it might require the Japanese brewer to divest its cider business, something it might not be willing to do.

Its Somersby brand is the top-selling brand in Australia, and earlier this year it acquired the U.K.'s Fuller brewing business, which includes among its portfolio of high-end beers a rising premium cider called Cornish Orchards.

It was part of Asahi's plan to expand into local high-value-added growth brands, meaning Anheuser-Busch may have to find a new buyer or buyers altogether, which will further drag out its debt reduction plans.

It is possible the brewer actually ends up with greater proceeds than it originally envisioned, just as the brewery sale and IPO resulted in a higher total than the IPO alone would have given it. Divvying up the assets and finding multiple new buyers could mean more money. But finding companies willing to pay up for the brands may be more difficult, too.

In Anheuser-Busch's drive to preside over a global brewing empire, it actually caught itself up in a web of entanglements of its own making. It could prove to be a much more intractable, time-consuming process to extricate itself than the company previously believed.