Let's dive into highlights of the last three months, as well as management's outlook for next quarter, bearing in mind that all comparative numbers refer to those of the prior-year quarter. 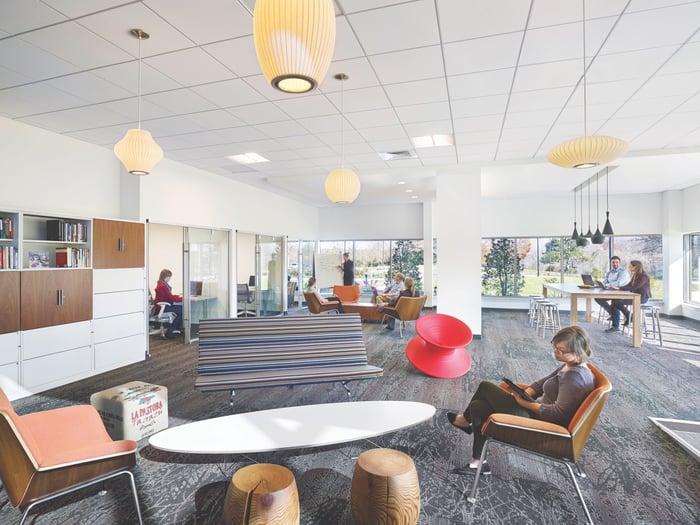 In my earnings preview, I noted that Herman Miller's order flow tends to exhibit periodic volatility as it's tied to global commercial project activity each quarter. Long-time shareholders shouldn't be too surprised at this period's deceleration in order growth, although several consecutive quarters of mid-to-high single digit expansion in this metric make for a jarring effect. In the company's earnings release, CEO Andi Owen provided much context around current-period orders, and her thoughts are worth reading in their entirety:

In the face of an uncertain global economic and geopolitical environment, we delivered adjusted earnings per share at the upper end of the guidance range that we established at the start of the quarter. Second quarter sales were impacted by lower than anticipated order levels, which reflected the uneven demand patterns we're seeing across the broader industry and the natural variability in a project-driven business. Order rate declines during the quarter were amplified by a particularly challenging growth comparison in our prior year second quarter, which reflected consolidated organic order growth of 10%. While these factors also impact our organic sales growth guidance for the upcoming quarter, we are seeing positive signs as we look further ahead, both in our own project activity levels and in broader demand indicators such as job growth, unemployment levels, and consumer spending. Going forward, we are also excited about our additional investments in HAY and naughtone that give us majority ownership of these fast-growing design brands. With our collection of leading brands, a global multi-channel distribution capability and a clear set of strategic priorities, we remain well-positioned to drive sustainable long-term growth.

Herman Miller typically issues a simple quarter-to-quarter earnings outlook. For the fiscal third quarter of 2020, management forecasts revenue of $672 million-$692 million, which, at the midpoint of the range, will equal year-over-year organic revenue growth of 3%. Management expects diluted EPS of between $0.68 and $0.72 next quarter.

While the company is likely to see selling pressure on shares during Thursday's trading session, veteran shareholders should stay the course on this iconic design dynamo. The small-cap standout has exceeded investor expectations consistently over the past several quarters, and before Wednesday's report, the stock had appreciated by a stellar 55% year to date.