Millicom International Cellular (NASDAQ:TIGO) provides telephone, pay-TV, and internet services to markets across Latin America and Africa. Historically, the telecom had a large African presence, but in recent years, it has exited most of its markets there. At the same time, it has made a series of bold acquisitions in Latin America.

Why has Millicom gone down this path?

First, a little background on Millicom

Millicom has telecom operations in Latin America and Africa, but its business today is mostly in Latin America. The company was founded in 1990 in partnership with European technology conglomerate Kinnevik Invest (OTC: KINNF).

Millicom has been build on the back of a series of telecom acquisitions in various international markets. This has been an effective strategy in terms of giving the company a strong regional presence in Latin America and Africa, but investors are starting to question the strategy. Millicom may have gotten too acquisition-happy and expanded into less attractive markets for the sake of growth. As it turns out, there isn't much of a strategic rationale to own telecom assets spanning multiple continents.

In recent years, the stock price has been pressured in the face of investor doubts in the company's growth strategy and macroeconomic headwinds in emerging markets which have hit Milicom's profitability. 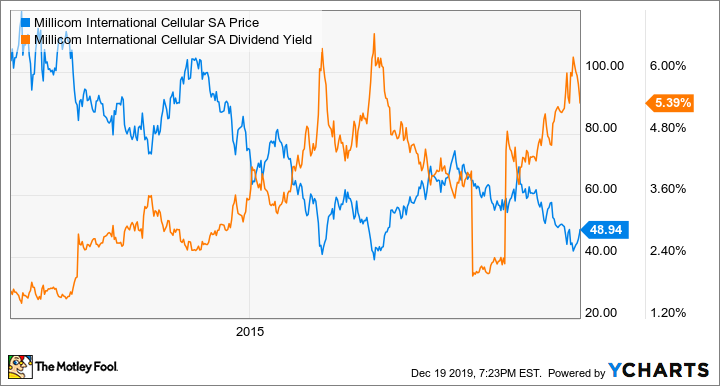 Millicom's stock price may be down, but the company pays a dividend yield as high as 5.4%. With the recent weakness, the stock could be a bargain. The company is now focused on repositioning itself in the most attractive telecom markets in its portfolio and exiting the less attractive markets to catalyze the stock higher.

At the start of 2016, Millicom had operating assets in Ghana, Senegal, Rwanda, and the Democratic Republic of Congo, but over the past three years, it has sold all of them. Millicom still has telecom businesses in Chad and Tanzania, but it has made it clear that these remaining assets are not a long-term fit for its portfolio.

In the company's annual report, it noted that the units it divested in Rwanda and Senegal were "less profitable businesses that lacked scale" and said they would require significant amounts of capital investment to improve profitability. In other words, Millicom management didn't feel that their financial returns were attractive enough.

Telecom businesses work best when they operate at scale. The denser the customer population they serve, and the more services that populous buys, the more profitable a telecom operator can be. But in many African telecom markets, population density is not high due to lower levels of urbanization. In fact, Africa is the least urbanized continent. Therefore, providing adequate coverage requires them to build out more cellphone towers, which raises capital investment costs.

Another challenge in African telecom markets is that their low GDPs per capita prevent the wide adoption of more expensive phone plans with 4G service and data. Selling lower-value plans is a comparatively less profitable venture.

For these reasons, it made ample sense for Millicom to exit its African markets. 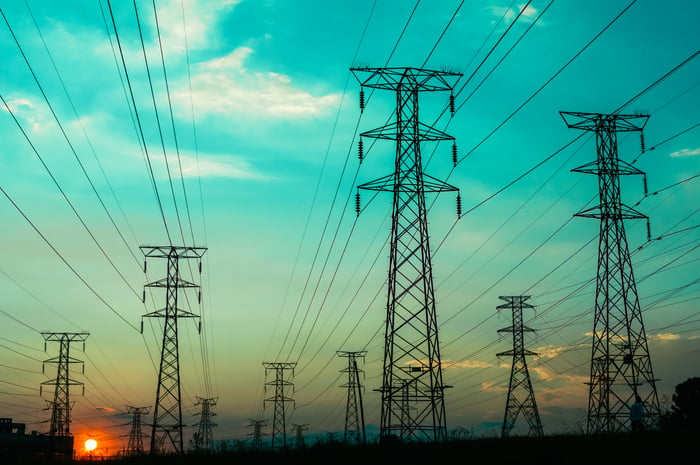 Doubling down on Latin America

The flip side to Millicom's asset shuffle has been its aggressive acquisition strategy in Latin America. In just the last 12 months, it has spent $1.9 billion to buy telecom businesses in Panama, Costa Rica, and Nicaragua.

Latin American telecom markets are still developing and have fairly low broadband internet and 4G mobile penetration. However, the penetration of these higher-value services is much higher in Latin America than in Africa. Latin America is also more densely populated, though less dense than North America, Europe, or Asia.

The cherry on top is that Latin America still has a strong long-term growth outlook in terms of both overall GDP and consumer spending. This is due to attractive demographics -- the median age is under 30 -- and a meaningful gap in GDP per capita for countries where Millicom operates such as Nicaragua, Honduras, and El Salvador relative to developed economies.

Therefore, it's easy to argue that Latin America is a more attractive region for Millicom to operate in than Africa.

Shareholders should view Millicom's active management of its portfolio as a good thing. One of the key jobs for a management team is to allocate capital where it will best serve its shareholders. After years of struggling to strengthen its African businesses, Millicom finally threw in the towel and concluded that it could put its capital to more constructive use in Latin America.

Key decisions like which regions to invest in or how to approach investment (build vs. buy) are of the utmost importance for long-term business performance. The fact that Millicom thinks carefully about these big-picture ideas and isn't afraid to take aggressive action on its conclusions should give shareholders some comfort.