Monster Beverage (NASDAQ:MNST) is one of the largest energy drink producers in the world, and its market share puts it in the top three manufacturers and distributors of energy drinks, with its closest competitors being Rockstar Inc and Red Bull GmbH. Monster has an impressive array of brands such as Monster Energy, Burn, Predator, Full Throttle, and Relentless, all of which have varying levels of caffeine and taurine to provide different levels of stimulation for the consumer.

With the Coca-Cola Company (NYSE:KO) introducing a new energy drink called Coca-Cola Energy recently, it seems the lucrative energy drinks market is seeing even more new entrants eager to grab a slice of the pie. The question here is whether Monster is able to sustain its market share and hold while continuing to find opportunities to grow its revenue and profits. Can the company still be considered a growth stock?

Investors should be justifiably concerned, as energy drinks are viewed as a niche product that may see limited growth prospects as it caters to a small segment of the population. Can Monster find the energy it needs to grow the business further? 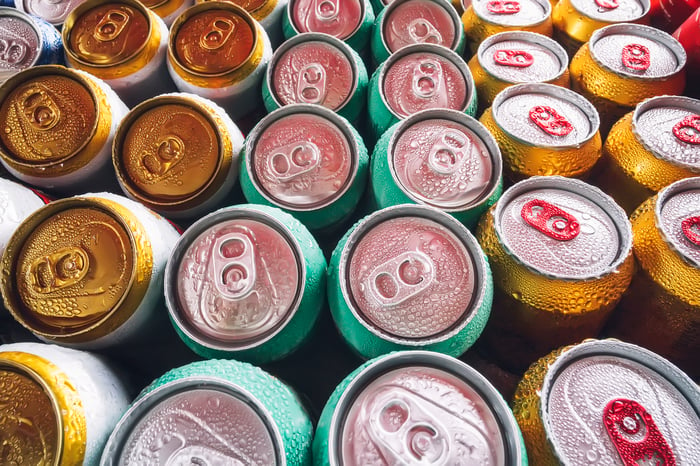 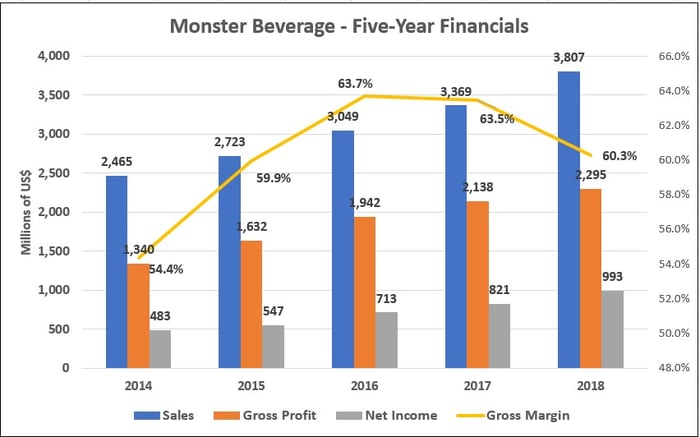 A new report by Allied Market Research projects that the energy drinks market will grow from $53 billion in 2018 to reach $86 billion by 2026, for a compound annual growth rate (CAGR) of 7.2%. The strongest growth is expected in Asia-Pacific, where CAGR is expected to be 7.3% from 2019 to 2026. This forecast is good news for Monster, as there is good potential for it to continue growing alongside the industry's projected growth.

There have been concerns raised over the years about the effects of energy drinks on heart function. Energy drink consumption has been associated with many heart problems, and a recent news article has highlighted that even one energy drink alone may hurt blood vessel function. Though evidence seems to be mounting for the dangers associated with consuming energy drinks, there has thus far not been any clear evidence of harm caused by specific chemicals within energy drinks. Hence, although this remains a risk for investors, I do not think it will be a significant one for the industry in the near future.

Monster has ambitious plans to introduce a whole host of new products into various markets around the world. Some examples are a new salted caramel espresso variant to be introduced in eight EMEA markets in Q4 2019 and 2020, Pipeline Punch in Korea, Ultra White in India, and other new products in Asia-Pacific. It's positive to see Monster's efforts being focused in Asia-Pacific, as this is where the strongest growth is projected.

Management is also confident of the growth potential for the brand in China and India, and the company will proceed with plans to launch more affordable energy drinks internationally.

The facts presented above should assure investors that Monster does indeed have the potential for further growth, as evidenced by its strengthening gross and net margins, industry growth prospects, and the line-up of new products to be launched. Though energy drinks have been called out for their potential to cause heart attacks, I believe the risk of an outright ban is low and that the company should be able to power its growth in the years ahead.