Business success in the 21st century hinges on access to valuable data and making smart use of it. Few companies have been better positioned on that front than Facebook (NASDAQ:FB).

Massive adoption and engagement for platforms like Instagram and its namesake social media network have given Facebook an edge in data and distribution that helped turn the company into one of this century's biggest success stories so far. The social media giant leveraged its incredible user base and data access into a leading position in the digital advertising market, and it trails only Alphabet's Google in terms of overall digital-ad market share.

Now the company is looking to bolster its position in the Data Age by gathering information from its Oculus virtual-reality (VR) headsets. Turning Oculus devices into data sources makes a lot of sense in light of VR's big potential, and the move is part of a trend that sees historically software-focused companies pursuing hardware initiatives as ways to collect valuable information. 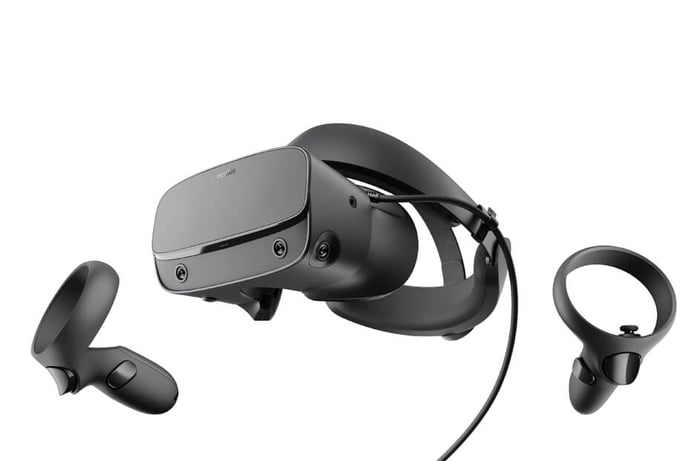 CEO Mark Zuckerberg is a big believer in the potential of virtual reality and has even stated that he thinks VR could succeed mobile as the next revolutionary computing platform. Facebook purchased VR company Oculus in 2014 at a price reported to be in the $3 billion range. And while the VR unit initially operated largely separate from the parent organization, it was always likely that it would see tighter integration.

Along with the debut of new social connectivity features, Oculus recently announced that its devices will share information with Facebook -- a change in policy for the VR unit that many suspected would happen eventually. The user data will be employed in the company's digital advertising platform, but it's also being used to inform the development of social VR apps at Facebook.

Mass adoption for VR is years away from becoming reality, and it may never happen at all. But Facebook has big incentives to lay the groundwork for a leading position in the space. VR could change the way the world experiences social media, reshaping the digital advertising landscape in the process and revolutionizing fields like e-commerce and gaming.

Ad impact will be small for now, but the data could be very influential

Facebook's Oculus VR hardware line has made progress with adoption after getting off to a bit of a slow start, but total ownership for the headset brand likely remains below 5 million units. That's not insignificant, particularly considering that early adopters for VR are likely to be more engaged than average tech customers. But it's small relative to the company's global user base of roughly 2 billion people.

Serving up tailored advertising based on Oculus owners' engagement data is a move investors should welcome, particularly in light of signs that Facebook will be launching more of its own VR-focused experiences in the near future.

But using engagement data to help shape the company's next software moves in the VR space is the more promising prospect at this point in time. High-quality user data will be a huge advantage in shaping the company's upcoming VR project, and better positions it to outperform competitors in the space.

Revenue from virtual-reality hardware sales was probably never the primary motive in Facebook's decision to make a big push into VR with Oculus. Outside of some exceptions, technology hardware tends to be a low-margin business, and Facebook likely sees much bigger potential in operating VR-based social platforms.

Access to data that can be used to inform project development is likely to play a big role in how the virtual-reality software market shapes up. And first-mover advantages could help determine leadership in VR categories like social media and e-commerce.

Tech's software giants are looking to hardware for new data

With an increasing number of internet-connected devices hitting the market and leadership in data quality and analysis standing as perhaps the single most important battleground in tech, tech companies that were historically software-focused are bolstering their efforts to build hardware businesses. That's an area where Facebook is behind key competitors. The social-media company doesn't have much presence in the smart-home space, and the Oculus line is its only major exposure to wearable tech.

Alphabet has its Google Home smart speakers, and Amazon.com's market-leading Alexa-based Echo smart speakers are big assets for the e-commerce giant's retail business and push into digital advertising. By contrast, Facebook's Portal camera looks to be a flop, and the smart-camera device also incorporates Amazon's Alexa voice-assistant technology -- so it's generating data for a powerful competitor.

By contrast, virtual reality is one of the few areas of the new, data-focused hardware race that Facebook has a clear edge in. Adoption of VR headsets is still far behind smart speakers and wearables like fitness trackers and smartwatches. But Oculus devices are currently the company's strongest asset in the hardware-focused data frontier, and virtual reality's huge untapped potential means it's a market investors should keep an eye on.