If there was any doubt that new Bed Bath & Beyond (BBBY -3.57%) CEO Mark Tritton has enormous changes in mind for the company, they were just wiped away. The company's chief merchandising officer, chief marketing officer, chief digital officer, chief legal officer and general counsel, and its chief administrative officer were just shown the door, following the chief brand officer's resignation earlier this month.

It's not unheard of for a new chief executive to "clean house," so to speak, by pushing out existing management to make room for people he or she may feel more comfortable working with in the future. It is rare, however, for such changes to be so sweeping.

In this case, sweeping changes are probably necessary, as very little of what these executives have co-created over the past few years appears salvageable. With a clean slate, investors can hopefully expect Bed Bath & Beyond to start looking -- and feeling -- like Target (TGT -0.54%), where Tritton has proven his strategy works. And that strategy will likely begin with a strong shift toward more private-label goods.

It's unlikely anyone will ever truly know the nature of the conversations Litton had with the company's board of directors leading up to the five dismissals. Retailing in Focus principal Dick Seesel, however, told RetailWire: "Based on the tenure of some of the departed executives, I'm guessing that Mr. Tritton ran into plenty of 'We've always done it this way' thinking." 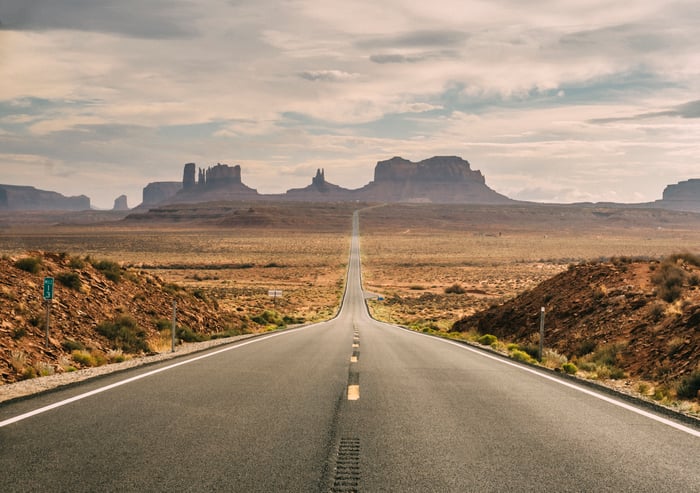 The idea certainly isn't a stretch. Three of the six newly departed employees had been with the company for more than twenty years.

Perhaps even more telling is the area of focus for most of those executives. CFO Roby D'Elia still has a job, but the company's merchandising, marketing, and digital chiefs are all gone. By and large, the dismissals were limited to the people who manage what's sold in stores and how it's sold. Tritton didn't say as much in the official company statement, but the move opens the door a little further to more private-label merchandise in stores, and perhaps less merchandise overall.

It all starts with the merchandise mix

It's not the only thing Tritton did during his three and a half years as Target's vice president and chief merchandising officer, but his launch of more than thirty in-house (private-label) brands is easily the most memorable. Some of them have become billion-dollar franchises, and collectively, Telsey Advisory Group senior analyst Cristina Fernandez believes the company's store brands account for roughly one-third of Target's total revenue. Many investors credit that strategic shift as a key foundation for Target's turnaround.

Fernandez now anticipates that Bed Bath & Beyond will expand its existing private-label offerings, introduce self-checkout, and speed up fulfillment for online orders.

Of all her expectations, though, a shift to more in-store brands may be the most meaningful. Profit margins on private-label goods are usually better, as their costs to procure can often be on the order of 40% to 50% less than the wholesale cost of goods supplied by a nationally branded name. The trick is inventing a brand name and consumer products that look and feel on par with more familiar branded offerings. That's what Tritton did for Target, including home goods brands like Pillowfort, Project 62, Made by Design, and Cloud Island. With no branding or merchandise executive holdovers left to stand in his way, he should be able to do something similar for Bed Bath & Beyond.

Tritton will also be able to address another serious challenge with little interference: stores so overloaded with merchandise that shopping them is an overwhelming experience rather than an enjoyable one.

The boat has just been burned

Only time will tell if the sudden, sweeping management overhaul is the right move. But one thing is certain right now -- Tritton and the board of directors just made an "all in" bet on Tritton's vision. Going backward may now be more difficult than moving ahead with what he's got in mind. A message has been sent, loud and clear.

The good news is that matters can't get much worse for Bed Bath & Beyond. The bad news is that it can take months to line up private-label suppliers and reset existing merchandise mixes (and presentations). Tritton will have to do that on his own, while he searches for a new management team ... assuming he wants to replace them. On balance, though, this is a step in the right direction. Investors are right to be excited.