It would be a slight overstatement to call them strange bedfellows. After all, Kroger (NYSE:KR) and Walgreens Boots Alliance (NASDAQ:WBA) -- you know it better as just Walgreens -- both sell consumer goods. The two retailers have forged a somewhat unexpected partnership all the same, announcing last week that they have created a purchasing alliance that ultimately lowers wholesale costs for both. Moreover, the pair has invited other retailers into the same fold, setting the stage for even greater cost-cutting scale.

In most regards, it was an inevitable move. Retailing is as price-competitive as it ever was, and technology makes it ever easier to find cost-cutting opportunities. To that end, this initiative could hurt giants like Walmart (NYSE:WMT) and even Amazon.com (NASDAQ:AMZN) as much as it helps Walgreens and Kroger.

The two were already partial partners. Last year, some of Kroger's private-label goods were added to certain Walgreens stores' inventory, and in August of this year Kroger began carrying some of Walgreens' home-grown beauty goods at select stores. 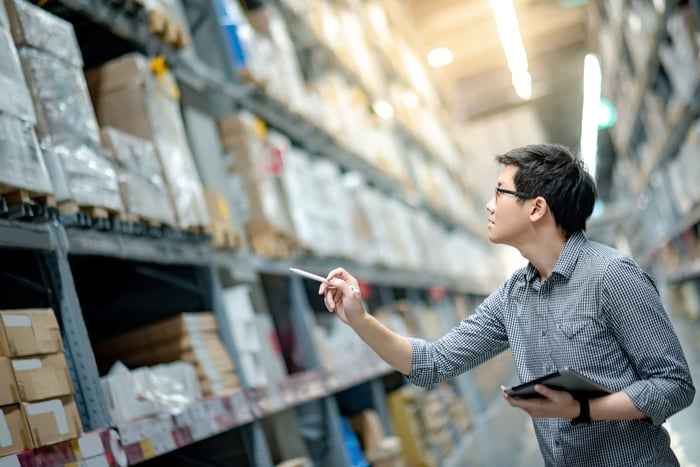 The new purchasing alliance marks a significant enhancement of the relationship, however. The new team-up is meant to give the the two companies access to lower wholesale pricing that's often only offered to much bigger buyers like Walmart. Kroger CFO Gary Millerchip explained in the official statement: "Kroger and Walgreens share a commitment to finding value and efficiency improvements by increasing innovation and competition through sourcing."

Perhaps the biggest threat to Walmart and Amazon, though, is that Kroger and Walgreens are inviting others into the alliance. Millerchip alluded to the matter in an interview with CNBC: "If another organization thinks they have significant buying in these areas, they could partner with Kroger and Walgreens to save and reduce waste."

To what extent the union will drive price breaks isn't entirely clear. Though Kroger and Walgreens will obviously have more scale by teaming up, vendors will also need to acquiesce. When European grocers Carrefour and Tesco created a similar alliance last year, their suppliers were concerned the pact posed an existential threat.

Still, Krogers' and Walgreens' collective 2018 top lines exceeded Amazon's revenue. Their combined total business of $253 billion last year is only about half of Walmart's 2018 sales, but $253 billion is still a huge figure. Suppliers of their merchandise may not want to resist the initiative too much. Vendors may even benefit by being able to offload any logistics headaches and additional freight costs associated with dealing to two different buyers rather than just one.

The shape of things to come

Kroger and Walgreens aren't going to be offered better terms than Walmart. Even if they're offered the same prices Walmart pays for the same goods, Walmart enjoys greater scale and sells merchandise neither Kroger nor Walgreens offers. As for Amazon, it's always offered a mix of its own inventory side by side with third-party sellers' goods. Most of it appears to be priced at just a little above cost, regardless of who's selling it. The e-commerce giant will survive, as will Walmart.

It would be naive to pretend this isn't the seed of a new serious challenge for both bigger consumer-facing staples companies, however. Retailing is a low-margin business, with Amazon typically posting net profit margin of less than 5%. Walmart's trailing-12-month margin is even lower at less than 3%. Even if Kroger and Walgreens can shave a couple hundred basis points off of their merchandise costs and pass their savings along to customers, Walmart and Amazon will be forced to respond. See, consumers are surprisingly price-sensitive when it comes to the basic goods they can get nearly anywhere. That pressure on bigger players will only swell if and when new partners join the alliance and consumers are offered even more access to lower-priced goods.

Fortunately for Amazon and Walmart, it could take years to add members to the alliance, and to figure out how to fully handle the logistics of buying bigger orders. Still, investors would be wise to keep the new purchasing partnership on their radars.