Apple is a dominant consumer tech company with an outstanding brand. Its smartphones are both ubiquitous and expensive. IBM also has a strong brand among its enterprise clients. Big Blue has been losing market share to cloud services companies. Hoping to reverse course, IBM recently spent $34 billion acquiring software company Red Hat earlier this year.

Which of these two stocks will be a stronger investment going forward? Let's judge them on the basis of seven criteria, giving each category equal weight. 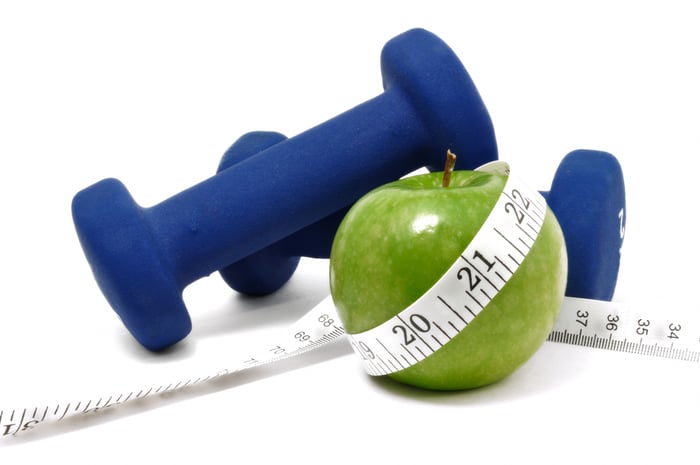 Apple wins this one in a rout.

Does Apple have room to grow? Yes. Apple just has 12% market share of smart phones worldwide.  Both Samsung (OTC: SSNLF) and Huawei have larger market shares than Apple. This means Apple has room to get bigger. For instance, the company could decrease the price of its iPhones in certain markets. This makes a lot of sense, as Apple can profit from the size of its user base via its App Store. Every user that Apple adds to its ecosystem is valuable to the company. It's not just the one-time purchase of the device, but all the revenues that flow from that device.

A big positive for Apple shareholders is the 5G upgrade cycle that will take place over the next couple of years. Many Apple users will need to buy a new iPhone if they want to participate in all the wonderful things that 5G will provide. For instance, Apple management believes that augmented reality will be a massive opportunity for the company over the next decade. If Tim Cook is right, AR will help Apple in two ways: consumers will need to buy new iPhones and other devices to participate, and then consumers can download AR apps from the App Store.

While IBM is one-tenth the size of Apple, it's still very large ($119 billion) and has been struggling to get bigger. The Red Hat acquisition is an attempt to get revenues growing again. IBM is competing with Amazon.com and Microsoft to provide cloud computing and web services to clients. The company is also investing heavily in blockchain technology.

IBM estimates its hybrid cloud market opportunity at $1 trillion dollars.  The entire worldwide market for information technology is $3.8 trillion dollars, according to Gartner.

IBM took on a lot of debt to acquire Red Hat. The company now has $11 billion in cash and $73 billion in debt. Roughly a third of IBM's debt, $25 billion, is part of its financing services to other companies. But even if we just focus on IBM's core debt ($48 billion), IBM's net cash number is bad right now: negative $37 billion dollars. IBM does produce a lot of free cash flow and the company plans to deleverage over time.

Tim Cook has been a pleasant surprise at Apple. It's really hard to fill Steve Jobs' shoes. While iPhone sales are in significant decline, Apple has been able to make up for this loss by growing services revenue and with new products like AirPods and the Apple Watch. Apple has been using its cash horde to buy back shares, keeping the stock afloat. This year Apple's stock has been phenomenal (up 77% year-to-date). The stock is up 400% in the eight years that Cook has been running the company.

Ginni Rometty has been the CEO at IBM for almost eight years. The stock return under her watch has been subpar, to put it mildly, with shares dropping 30% in that time span. Investors are clearly worried about the cloud and how it is hurting IBM's business. While the acquisition of Red Hat is ambitious, and should generate future revenue growth, it doesn't address the main problem that is besetting IBM -- the rise of the cloud and software-as-a-service. IBM's blockchain investments may pay off big down the road, but right now that is pure speculation.

In smart phones Apple competes with Samsung and Huawei (particularly in Asia), both of whom undercut the company on price. Perhaps the main competitive threat to Apple is... Apple. Consumers are so happy with Apple's old technology, they can (and do) put off buying new devices. (The company hopes the 5G upgrade cycle will change that).

As for government regulation, so far Apple has managed to largely avoid it. Spotify has filed an antitrust complaint in Europe about how Apple runs its App Store. And Democratic presidential candidate Senator Elizabeth Warren (D-Mass) wants to break up the company, dividing Apple from the App Store. If Europe or the U.S. starts regulating the App Store, that would be seriously bad news for shareholders.

IBM's main competitive threat is the cloud and SaaS. As companies shift to the subscription model, the need for IBM's hardware is less and less relevant. IBM does have a lot of service and consulting revenue, but even that number will shrink as installing software becomes easier and easier.

Apple has had an amazing track record of providing fantastic returns to its investors. The company has a lot of cash and superior leadership, and a 5G upgrade cycle in the near future. IBM is cheaper and has no antitrust issues. Depending on how its blockchain investments pay out, IBM's stock might finally start surging upwards. Right now, however, Apple appears to be the stronger investment.