Both The Home Depot (NYSE:HD) and Lowe's (NYSE:LOW) operate in the home-improvement retail space and are often found competing in close proximity to each other. Over the last 10 years, the stocks for each company have often moved in tandem, but Home Depot's stock has consistently outperformed that of Lowe's.

But beyond past results, which is better to buy today? 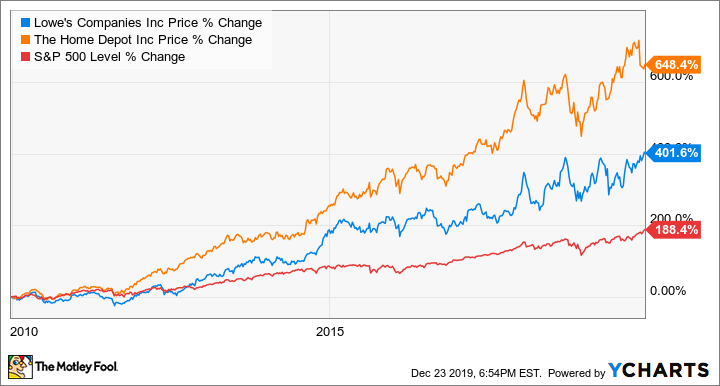 One reason investors like Home Depot and Lowe's is the perception that they're "Amazon-proof." That means a huge physical retail presence in the e-commerce age is not a handicap since their products (like lumber and bags of cement) don't ship well. And the brick-and-mortar footprint for each retailer is indeed huge. At the end of the third quarter, Lowe's had 2,004 locations while Home Depot is about 14% bigger with 2,290 locations.

With all the similarities in these two companies, one might think that, since Home Depot has 14% more locations, then it probably has about 14% more revenue. But that's not even close to being accurate. Trailing 12-month revenue for Lowe's is $73.5 billion, while the corresponding figure for Home Depot is about 50% higher at $111 billion.

Both companies distinguish between two sets of customers: DIY and professional. And the pro sales are especially important. DIY homeowners make sporadic purchases as they tackle home-improvement projects, but a pro contractor drives constant demand. In Home Depot's Q3 earnings call, executive vice president Ted Decker said that the company estimates 45% of sales are to professionals.

Lowe's is clearly lagging in this regard. The most recent figure the company gave was in its 2018 annual report, in which it estimated that 20% to 25% of sales are to pros. Herein lies one of the biggest differences between these two companies. As long as Home Depot excels with pro customers, it's likely to keep its top-dog status. This is also Lowe's opportunity. If it can capture a larger share of professionals, its stock performance would likely top that of Home Depot's. 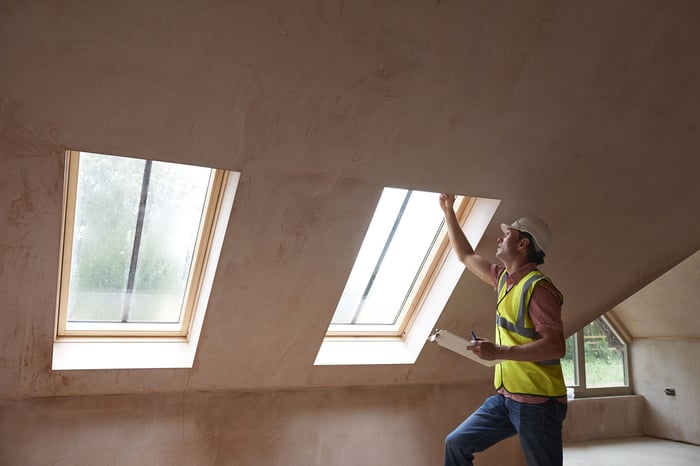 To that end, Lowe's is making specific changes going into the new year. The company is launching a pro customer rewards program. Beyond attracting new customers through the program's perks, it will provide the company with insights into its pro customers in hopes of better serving them. Additionally, the company is opening a dedicated checkout counter to improve the in-store experience for professionals.

Although Home Depot has been the better stock to own, both Home Depot and Lowe's have been good investments. Both have handily beat the market long term, even when taking into account the down years that all consumer discretionary stocks face from time to time. But today, if I could only buy one, I'd buy Lowe's.