The investment worthiness of ride-hailing company Uber (NYSE:UBER) is smack dab in the middle of a war zone at the moment. On one side sit many customers who love the use of technology as a means of democratizing personal transportation and some employees who welcome the freedom to work on their own terms. On the other side, you'll find the crowd that says a little regulation isn't a bad thing and some workers who think they are being taken advantage of. The entrenched opinions of almost everyone involved are deep and unmoving.

To be fair, both sides offer valid arguments. Mobile technologies have helped mainstream the so-called "gig economy," which has generally proven more empowering to individuals than problematic. And there's no denying the swell of Uber drivers -- along with drivers for chief rival Lyft (NASDAQ:LYFT) -- are causing greater street congestion, which in turn has prompted some cities to take drastic action in an effort to reduce the number of Lyft and Uber cars on the road at any given time.

Unfortunately, the situation points out the deep flaw in Uber's business model that cannot be easily addressed or circumvented. The flaw may eventually be shored up by fully autonomous driving vehicles (that are still years away from being ready for commercial use). The question is whether time between now and then is too rough for current and/or potential investors in Uber to simply ride out. 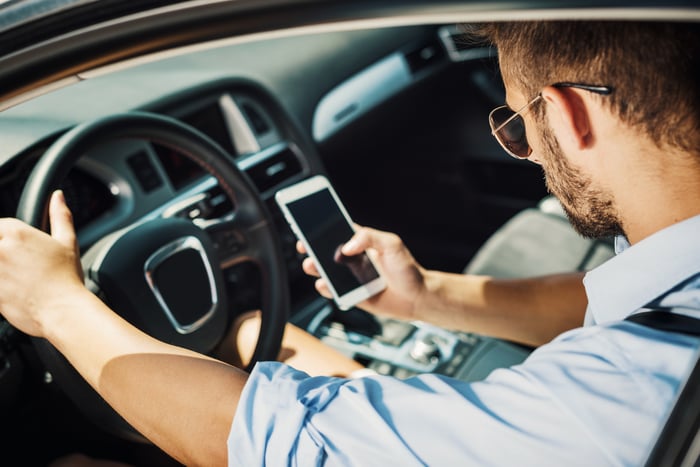 In its infancy and even through Uber's initial public offering, investors thought little of the flaw. Uber needed access to a fleet of cars to ferry people around, and those cars needed drivers. Uber's need for numbers led the company to the use of contracted drivers rather than employee drivers. Contracting is simpler, and it creates an easier workforce to scale (up or down).

But the downsides of a remotely managed workforce have surfaced for Uber -- in spades. For instance, the company conceded in December that its contracted drivers had been accused of several thousand sexual assaults since 2017. But it's not just Uber's customers. Uber drivers have been victims of violent crimes as well.

That's not to suggest a traditional employer/employee relationship would have prevented these disturbing incidents from happening. Even as contract workers, Uber's drivers are subject to a reasonably thorough background check before they're allowed to drive. And Uber drivers aren't required to accept any particular assignment.

Even so, opportunities to commit a crime seem to be more easily accessible within the model. There's no local supervisor to report to who will get to know a name and a face, and it's not terribly difficult for someone to assume the identity of a legitimate Uber driver with the intent of wrongdoing. Indeed, that very thing has happened more than once.

In short, it's becoming readily apparent that the use of contracted help in a mostly unmonitored way is a significant liability.

The obvious follow-up question: To address the issue, why doesn't Uber (or Lyft) simply hire drivers as employees, and personally vet and then manage each one?

Answer: Doing so would be amazingly cost-prohibitive for a company that's already amazingly unprofitable.

One of the selling points of Uber's business model is that the company saves a great deal of money by using contractors, and by using technology as a substitute for localized managerial workers. Employers also pay a portion of an employee's Social Security and Medicare taxes and most large employers (of which Uber would qualify) pay a portion of health benefits for their full-time workers. Those employers also pay for 40 hours of work, with less regard for how productive the worker is during those 40 hours.

A contracted independent driver is responsible for the employee's and the employer's portion of Social Security and Medicare taxes, and must secure health insurance outside of the contracted partnership.

What Uber is saving is ultimately costing its drivers. According to numbers from Ridester, the average earnings for an Uber driver range between $10 and $15 an hour, with $25 per hour being possible in more metropolitan areas and less than $10 per hour being the norm in most of the Midwest. That may not be bad for some workers with limited alternatives, but certainly not the sort of pay that keeps workers from keeping an eye out for other opportunities. That's especially true given that drivers must provide their own vehicle, buy their own insurance, and purchase their own gasoline ... expenses that might otherwise be covered by a company, in a different scenario.

It's a conundrum to be sure, and one that's recently come to its inevitable head. Lyft and Uber drivers jointly staged a high-profile protest in September to bring attention to their low pay and unsatisfactory working conditions. In November, Uber drivers protested in front of the homes of some of the company's major investors.

Some states are also starting to come to the defense of contracted employees who are being utilized and scheduled as employees, even though they're not classified as such. California's AB5 bill that passed in September (and momentarily went into effect on Jan. 1 before being challenged in court), essentially means many of the company's California drivers should be recategorized as full-time employees, with all the rights and privileges thereof. Other states are mulling similar legislation.

Uber, along with Postmates, filed a suit on the last day of 2019 to prevent AB5 from going into effect. Even if they successfully shoot down AB5, though, the underlying tide of social fairness that gave rise to the proposed law in the first place is still well intact.

Just too many unknowns

The tension between contracted workers and the company was inevitable, even if not evident until now. Regardless, it's clearly a tension that isn't going to easily abate. For Uber's financial model to work in the absence of autonomous drivers, it needs a low-cost workforce that doesn't require a guaranteed income from the company. Its workforce, however, is increasingly disinterested in supplying low-cost labor (and materials) just to compete with other Uber contractors. It's a dynamic that threatens expectations from the company for a 2021 swing to profitability.

There's a balance that will bring an end to the now-unavoidable conflict. But, until that resolution is clearly on the horizon, investors may be best served by steering clear of Uber.