Shares of police body camera and Taser maker Axon Enterprise (NASDAQ:AXON) stock tumbled more than 10% in early trading Friday before abruptly reversing course and clawing their way back to about a 4.6% loss as of 10:50 a.m. EST.

This morning, Axon revealed that it has filed a suit against the US Federal Trade Commission (FTC) in federal court, alleging that the federal agency's structure and administrative procedures are unconstitutional. In effect, Axon has just sued one of its biggest customers: the United States government. 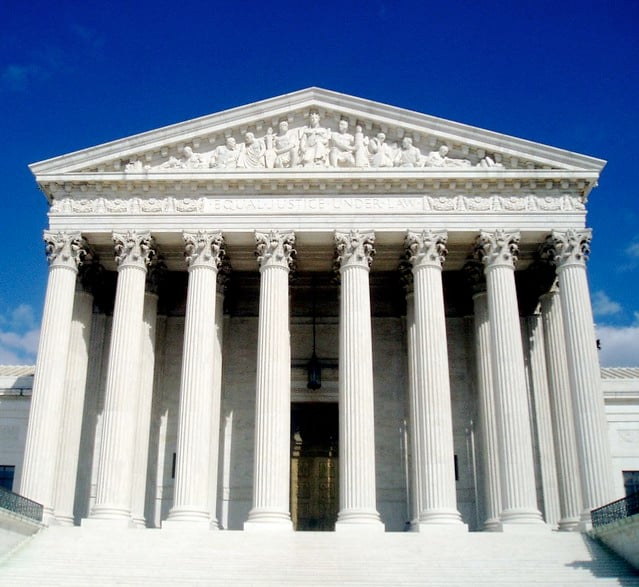 Ordinarily that would be considered bad customer service. So why is Axon braving this move?

As the company explains in its press release, the FTC has challenged Axon's May 2018 acquisition of rival body camera maker Vievu for $7 million. According to the FTC (and others), the removal of Vievu from competition means that there is now "no one to effectively challenge" Axon's dominance of the body camera market in the U.S. The FTC, charged with ensuring free competition, doesn't like that, and has told Axon that it must not only "divest the assets" it paid $7 million for two years ago but also "surrender its independently created intellectual property as part of a 'blank check' to create a competing spin-off."

Unless Axon complies, it says the FTC will start an administrative procedure "in which the FTC serves the simultaneous roles of prosecutor, judge and jury," and Axon argues this would be "an unconstitutional proceeding" depriving it of due process of law. Instead of that, Axon says it wants the opportunity to argue its case "in a fair and impartial court of law."

In addition to alleging violations of due process (under the Fifth and Fourteenth Amendments to the United States Constitution), Axon is also citing Articles II and III of the Constitution, which read in relevant parts that "the executive Power shall be vested in a President of the United States of America," and "the judicial Power of the United States, shall be vested in one supreme Court, and in such inferior Courts as the Congress may from time to time ordain and establish." The implication here is that the FTC's taking on the roles of both prosecutor and judge/jury violates the separation of executive and judicial powers.

It's hard to say whether these challenges will succeed. If they do, though, this lawsuit has the potential to remake (and significantly restrict) the FTC's powers -- and give Axon a free ticket to the U.S. Supreme Court before the matter is finally decided.