Shares of Grand Canyon Education (NASDAQ:LOPE) were climbing last month, after the educational services provider was admitted to the S&P MidCap 400, a testament to the stock's growth in recent years. The S&P said all new mid-cap stocks  had valuations less than $4.5 billion, though Grand Canyon's market cap has since risen to $4.7 billion.

Shares of Grand Canyon Education, which provides support services to 21 different universities, finished December up 12% according to data from S&P Global Market Intelligence. The gains came largely during the middle of the month after the S&P 500 made the announcement. 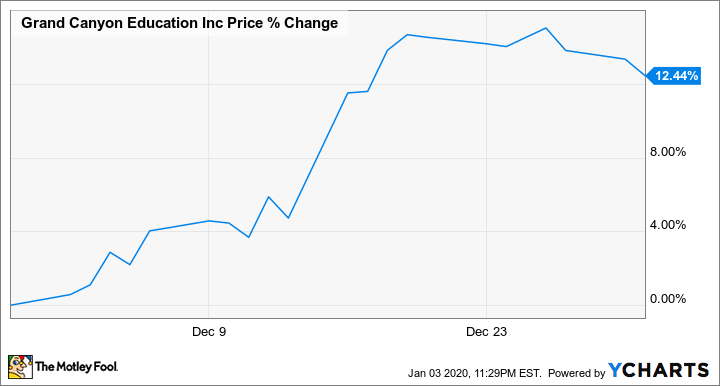 In its December rebalancing, the S&P added Grand Canyon Education to the Mid-Cap index, along with Lear, replacing Oasis Petroleum and Southwestern Energy. 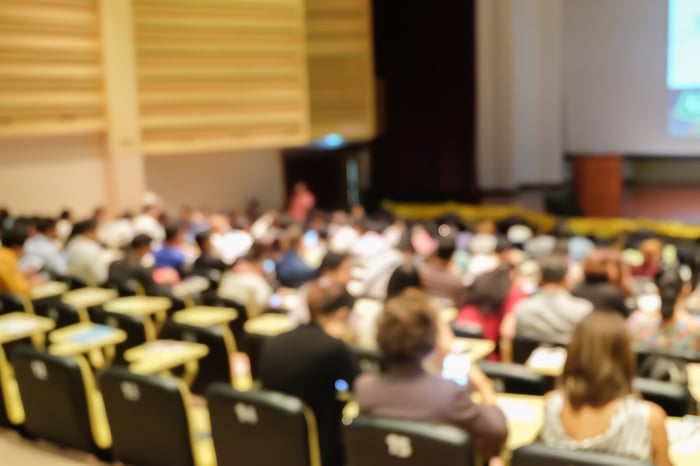 The stock jumped 6.5% on Dec. 16, after the news came out and continued to gain throughout that week as the changes were put in effect by December 23. Grand Canyon shares jumped both because the move gives the stock an endorsement of sorts and because index funds that track the S&P Mid-cap 400 will have to buy the stock, creating demand for its shares. The stock rose on high volume over the course of the week, with more than 8 million shares exchanging hands on Dec. 20, the last session before the rebalancing took place.

The S&P's decision may have surprised some investors as it came after the stock fell sharply over the three months prior. Even with the strong December, the stock finished 2019 with flat returns, well below the S&P 500's increase of 29%.

Grand Canyon Education changed its business model significantly in 2018 when it separated from Grand Canyon University but remained a service provider to the school. Following that move and its acquisition of Orbis Education, the company looks well positioned to deliver stable profit growth, meaning its place in the mid-cap index should be secure.