NASA wants to return to the moon by 2024, employing a multistep process that will see the space agency first 1) build a "Lunar Gateway" space station, then 2) put astronauts on it, then 3) build a lunar lander to take those astronauts down to the moon, and finally 4) build a lunar ascent vehicle to bring them back up.

Oh, and 5) bring them back to Earth afterward. 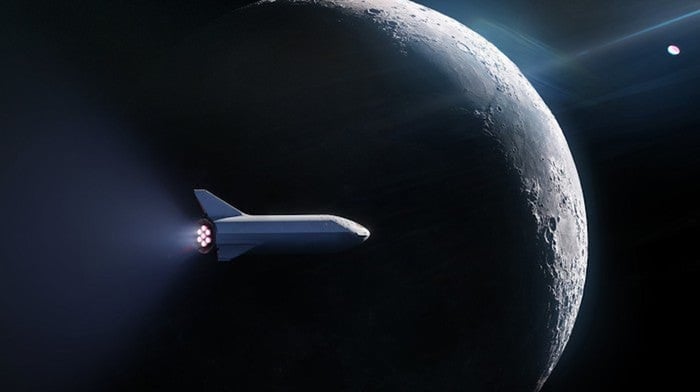 If it sounds to you like NASA is building an awful lot of moving parts into its Project Artemis plan to return to the moon... well, you're not alone.

Boeing (NYSE:BA) serves as one of NASA's key contractors on Project Artemis, with primary responsibility for building the "core" section of the Space Launch System (SLS) -- the mega-rocket that will carry all these various parts to the moon. In its current form, NASA plans to use SLS to carry the space station to lunar orbit, to carry the descent and ascent vehicles that will ferry astronauts down to and up from the moon -- and to bring the astronauts home as well.

But last month, Boeing floated a plan to make much of Project Artemis, as currently envisioned, superfluous. If Congress will just appropriate enough money, says Boeing, it can build an Exploration Upper Stage, or "EUS" for SLS. As Boeing explains, integrating EUS into SLS will permit SLS to carry 45 metric tons of cargo to the moon -- 67% more than the 27 tons of cargo SLS can lift without EUS. And that, combined with "unmatched payload volume," will be enough capacity to send astronauts straight from Earth to the lunar surface -- no space station, descent vehicles, or ascent vehicles required.

Mind you, Boeing isn't necessarily against building the Lunar Gateway, per se -- politically speaking, that might be a bad call. Overt opposition from Boeing to the billions of dollars in funding en route to other space contractors to build the Lunar Gateway might spark a fierce reaction from those companies in Congress. So instead, Boeing is couching its proposal as a risk avoidance measure.

Implying that there's a risk the Gateway won't be completed in time for a 2024 moon landing, Boeing's senior vice president for space and launch, Jim Chilton, muses: "You don't want to be ready to go to the moon, but waiting for Gateway." And the best way to ensure that happens is to go ahead and build Gateway, sure... but also build a big enough SLS, equipped with an EUS, so that you can bypass Gateway and go directly to the moon if you want to.

Incidentally, this would entail providing hundreds of millions of dollars (maybe even billions, but Boeing isn't attaching a price tag to its advice just yet) to Boeing to make sure EUS is ready in time for 2024.

How Boeing's plan could backfire

That's the upside in this news for investors in Boeing's blue chip stock. Now here's the downside:

Sketching out an outline of his plan two years ago at the International Astronautical Congress in Adelaide, Australia, Musk described how the new "Starship" that SpaceX is building in Boca Chica, Texas, will have the ability to go to the moon, land, and then come back again on just a little bit more than one tank of gas. Climbing into Earth orbit on the back of a "Super Heavy" booster, Musk suggested Starship could then refuel in orbit (fuel to be supplied by a second Starship). Then, Starship could proceed to the moon, land, and still have enough fuel left in the tank to relaunch on its own, return to Earth, and land propulsively back at its spaceport.

Adding to the attraction of SpaceX's proposal, company COO Gwynne Shotwell recently revealed that Starship will have a payload capacity of 100 metric tons. That would more than double the currently "unmatched" payload that Boeing says an SLS-with-EUS could take to the moon. And as a potential coup de grace to Boeing's proposal, both elements of SpaceX's solution would be fully reusable -- the Super Heavy booster would land back on Earth after putting Starship in orbit, and Starship itself would fly in one piece to the moon and back, landing itself on Earth, ready for a second trip.

Now, admittedly, SpaceX hasn't actually built Starship yet, nor proven that it can fly in space. But then again, neither has Boeing done that for SLS. With both proposals still under development, the risk I see here is that if Congress does buy Boeing's "simpler is better" solution for Project Artemis, it might also very well decide that SpaceX's proposal is simplest... and best.