Netflix (NASDAQ:NFLX) started sharing more information about what's popular on its streaming service in 2019. Subscribers in the UK and Mexico can see the top 10 titles their fellow subscribers are streaming each week, and that feature may extend to more regions as Netflix aims to put a greater focus on what users are watching and how much they're watching it.

For now, Netflix is still offering dribs and drabs of data on its domestic viewers. It provided a top 10 new release list to Recode, and the titles (mostly) have at least one thing in common. Nine of the top 10 are Netflix productions. That's notable for two reasons: first, it's increasingly important for Netflix to become self-sufficient in supplying content as legacy media companies pull back their libraries for their own streaming services; second, it shows the power of Netflix to make titles popular merely by putting them in front of its massive audience. 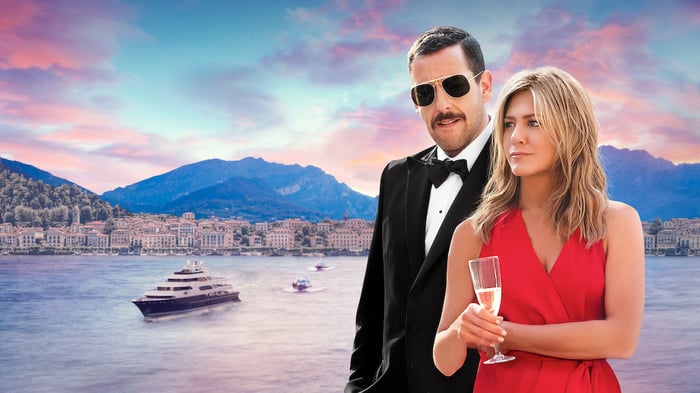 Netflix's top 10 list includes titles that first appeared on the service in 2019. It tabulated total views in the first month following the titles' debuts and ranked them.

Some of these titles aren't totally unexpected. Stranger Things has been a huge hit for Netflix, driving signups whenever a new season comes out. The Incredibles 2 sold over $600 million in box-office tickets in the U.S. in 2018, and -- like most Disney titles -- it's highly rewatchable. Netflix already told investors 73 million subscribers watched Murder Mystery, starring Adam Sandler, within the first four weeks of its release. And the hype machine was in full force surrounding Netflix's late-year film releases, including The Irishman and 6 Underground.

Netflix will be losing the rights to a lot of licensed content over the next couple of years. But, notably, much of that content is older titles that have been on the service for years. As such, series like The Office, which account for a significant portion of view time on Netflix, don't qualify for the company's end-of-year top 10 list.

Disney launched Disney+ mostly on the strength of its old film library. When titles like The Incredibles 2 leave Netflix, it'll surely strike a blow for the streaming service. Access to the Disney catalog is clearly something consumers consider high value.

But older sitcoms may not be the driving force for signups that AT&T (NYSE:T) and Comcast (NASDAQ:CMCSA) are hoping for with their upcoming streaming launches. Both spent hundreds of millions of dollars on the rights to old sitcoms and various libraries of familiar titles that are popular on Netflix.

That's important to note in light of the second takeaway from Netflix's top 10 list.

Netflix can make anything popular

Netflix is really good at getting subscribers to watch pretty much whatever it wants them to. It owns the best billboard in the business -- the featured banner subscribers see whenever they log into Netflix. Beyond that, Netflix has viewer data that it uses to show its subscribers the titles they're most likely to engage with. And even more granular than that, it can show title art that's most likely to get users to click on it based on their viewing history.

Netflix's success with that strategy is exemplified by its success with titles like Murder Mystery, 6 Underground, or The Highwaymen. None of those titles were particularly well-received by critics, but Netflix made them hits by highlighting the parts that it knew (or an algorithm knew) would get viewers to click the "Watch Now" button.

Netflix's ability to steer users toward titles shouldn't be underestimated. It means Netflix should be able to find content to replace the titles leaving its service over the next couple of years without problems. What's more, getting users to engage with originals, specifically, can provide greater perceived value as users feel they get something new and unique by subscribing to Netflix. That will keep them subscribed, and could enable Netflix to keep raising prices even as more competitors enter the market.

Additionally, it means the titles AT&T and Comcast are shelling out hundreds of millions of dollars for may not perform as well on their respective streaming services as they have on Netflix. So, while a series like The Office or Seinfeld might be worth $500 million to Netflix, it might not be worth it for Peacock, Comcast's streaming service.

The fact that The Incredibles 2 made Netflix's top 10 despite Netflix's efforts to promote its own content speaks to the value of Disney's catalog and how well Disney+ will fare after taking back full control of its library.

As Recode's Peter Kafka points out, Netflix is cherry-picking the data here, and it almost certainly favors Netflix's originals more than a more complete view of Netflix subscribers' full streaming data would. Still, the dominance of originals in the list should scare AT&T and Comcast investors as the companies look to go up against the streaming giant.