Shares of Lear (NYSE:LEA) rose 14% in December, according to data from S&P Global Market Intelligence . The automobile-parts company's stock gained ground after new U.S. tariffs on goods manufactured in China that were set to go into effect in the middle of the month were halted, and the two sides announced progress on de-escalating trade tensions. 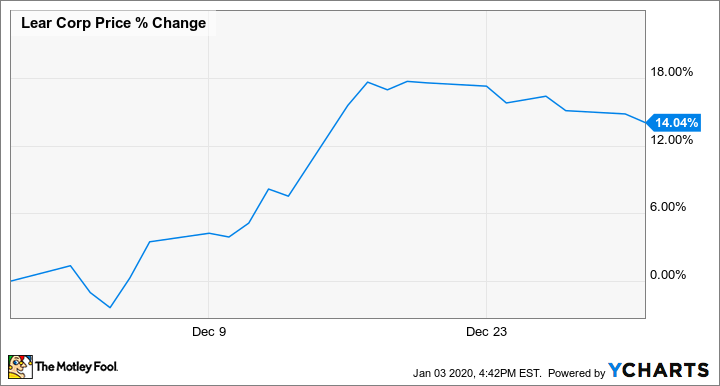 Signs emerged early in the month that tariffs scheduled to go into effect on Dec. 15 could be avoided as the U.S. and China moved to work out a trade deal, and the two countries announced on Dec. 13 that they had completed the terms of a phase one agreement. This first-step deal between the U.S. and China is set to be signed on Jan. 15, and progress toward resolving the trade war bodes well for Lear and the broader auto market. 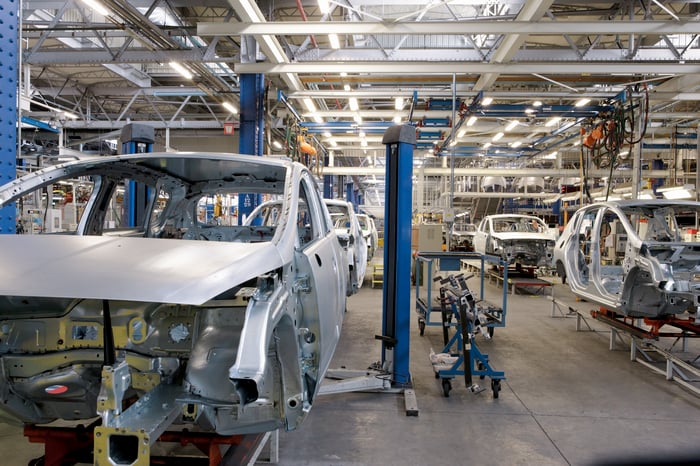 Tariffs have been a significant drag on the auto industry over the past year, and a more sluggish economic environment in China has meant weaker demand and a less predictable outlook for Lear's seating and electric-system products. The company also has manufacturing facilities in China, so it's been feeling trade-war pressures on multiple fronts, and last month's progress toward de-escalating the trade disputes prompted investors to pour back into the company.

If the trade situation gets sorted out, Lear could see demand improve in the Chinese market. Economic slowdown in the country has led to weakened auto sales, and an end to the long-running trade tensions would probably result in increased business confidence and spending. Progression toward resolving the trade disputes with China certainly bodes well for Lear. However, investors should keep in mind that most of the biggest issues at the heart of the trade war remain unresolved, and the phase one deal doesn't do much to address the direct pressures that have been affecting vehicle and parts manufacturers.