Amazon's (NASDAQ:AMZN) advertising business has provided a huge boost to the online retail giant's profitability over the last couple of years. Management reported its "Other" revenue, which primarily consists of advertising sales, grew 45% in the third quarter on top of 123% growth in the same quarter in 2018. It also said advertising revenue is growing faster than its reported segment. That makes it, by far, the company's fastest-growing business (of scale).

That hasn't gone unnoticed by Walmart (NYSE:WMT), which has been aggressively going after Amazon's e-commerce domain. While Walmart has had advertising products (both online and in-store) for decades, its online advertising business just took the next step to compete with Amazon, Alphabet's (NASDAQ:GOOG) (NASDAQ:GOOGL) Google, and other digital advertising tech companies.

Marketers can now buy ads on Walmart.com programmatically through a self-serve platform. Additionally, it's making its ad inventory available through its API and several ad-technology partners. Previously, Walmart required marketers to use its managed services to launch campaigns across its various digital properties and in its stores. 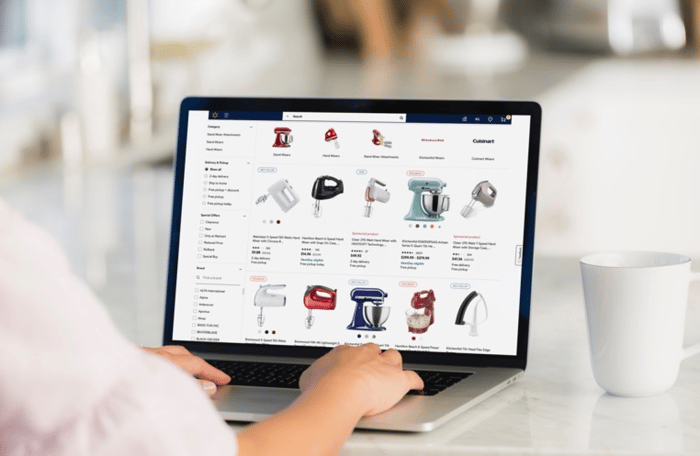 The move is a major step for Walmart to make its e-commerce operations profitable. It lost about $1 billion from its investments in e-commerce last year, and that number may continue climbing in 2020.

It launched a $98 same-day grocery delivery annual subscription that management plans to expand to general merchandise from its SuperCenter stores. And Walmart e-commerce boss Marc Lore said he doesn't think that program will be profitable on its own. Instead, he sees it as a way to attract more consumers to Walmart.com on a regular basis, which will fuel more profitable segments including advertising sales.

Amazon has taken a similar approach with Prime. At just $119 per year in the U.S. (and even less expensive in other parts of the world), Amazon Prime members are getting a heck of a deal on unlimited one-day shipping. Amazon's shipping costs soared to $9.6 billion, up 46% year over year, in the third quarter after speeding up Prime delivery to one day from two days. But Amazon can make up for it thanks to the increased engagement on its website and Fire TV devices from Prime members.

Stealing advertisers from Amazon and Google

There's a strong pent-up demand for advertising on Walmart.com. "The brands we work with want to activate more dollars on Walmart.com than they're currently able to spend," John Shea, chief growth officer at Teikametrics (one of Walmart's early API partners), told AdExchanger.

Marketers currently can use services like Teikametrics to buy ads through Amazon or Google Shopping ads. Enabling those marketers to easily shift spending to Walmart.com inventory with a few clicks could end up stealing ad spend away from Walmart's bigger rivals in product search advertising.

However, Walmart's ad targeting capabilities fall well short of those of Amazon or Google. It's not providing its unique audience or retail sales data to platforms to use for ad targeting. Instead, it's only offering keyword ad bidding.

Moreover, Walmart's ability to measure ad ROI or provide a complete consumer profile may not be as good as Amazon or Google's. Since the vast majority of Walmart's sales still happen in its stores, it needs to link online profiles with in-store shopping. Its efforts to link profiles, including Walmart Pay and its store credit card, have had limited success.

For Walmart to truly compete with Amazon and Google for the growing pot of digital advertising spend, it still has a lot of work to do on targeting and measurement. The move to open its ad inventory to self-serve programmatic ad bidding and offer an API for vendors to fill that inventory should provide a small boost to Walmart's e-commerce operation. That's especially true given the pent-up demand for its ads. But until Walmart can show improving returns on ad spend, it'll remain a small player compared to Amazon and Google.