Shares of GSX Techedu (NYSE:GOTU) rose 24.3% in December, according to data from S&P Global Market Intelligence. There wasn't much in the way of news for the education-technology company in the month, but the stock posted big gains as the broader Chinese tech market rallied. 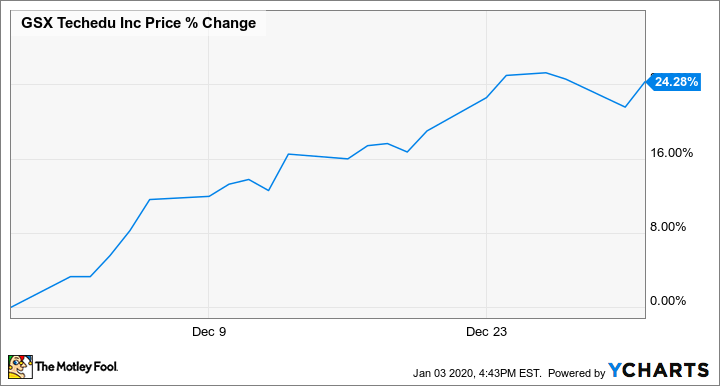 Slowing economic growth and uncertainty stemming from trade tensions with the U.S. have put pressure on Chinese stocks, but the country's stock market recorded big gains last month as the two sides moved closer to deescalation on the trade front. New tariffs were stopped from going into effect, and the countries announced that they had agreed to terms for a "phase one" trade deal, slated to be signed on Jan. 15. 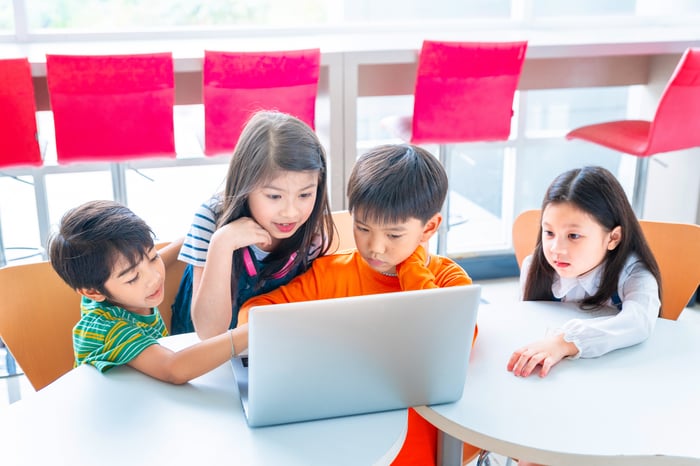 With a more favorable outlook on trade signaling better growth prospects for the Chinese economy, investors grew more bullish on GSX Techedu shares. The company posted very encouraging third-quarter results early in November, and signs of a more favorable macroeconomic environment for the business resulted in another impressive run for the stock last month. Online education is a market that has huge room for growth, and the prospects are particularly enticing in the Chinese market.

GSX stock has continued to climb in January, with shares up roughly 6.4% in this month's trading so far. 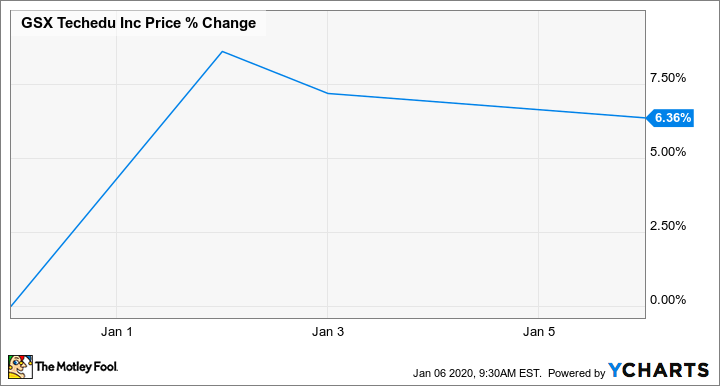