Something strange just happened in Russia.

On Monday, shares of Russian coal and steel giant Mechel (NYSE:MTL) rocketed to close 36.3% higher on no apparent news. In fact, very little news could be expected, as the country is currently only about two-thirds of the way through a winter holiday season running from "new" Christmas on Dec. 25, through "old" Christmas on Jan. 7 -- and even "old" New Year on Jan. 14. In theory at least, very little should be happening in Russian business right now.

And yet, something did apparently just happen at Mechel. 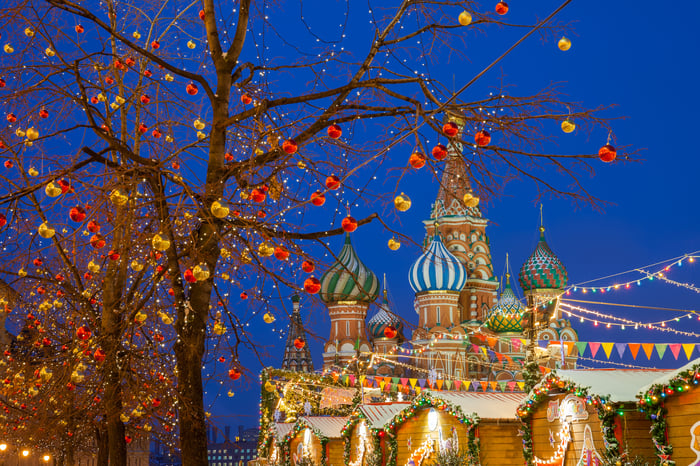 A couple of possibilities suggest themselves. Since at least as far back as August, Mechel has been negotiating with its bankers to restructure or postpone repayment of its debts, which currently exceed cash on hand by some $7.4 billion. (To put that in context, Mechel's market capitalization is just $738 million). If Mechel has somehow managed to work out a deal with its lenders, that could stave off fears of bankruptcy, and explain the shares' rapid rise.

Or there's this possibility: In another attempt to salvage its finances, in October, Mechel petitioned the Kremlin to compensate it for the loss of its Donetsk electrometallurgical plant, which was seized by the Kremlin-backed Donetsk People's Republic in Ukraine in 2016. According to The Moscow Times, Mechel has asked the Kremlin to pay it $280 million in compensation for the loss of the plant -- far too little to pay off all the company's debt, but perhaps enough to cover a few months' interest payments, and explain today's rise.

Whether either of these happy scenarios is helping out Mechel stock today, or whether it's something else entirely (or nothing at all) remains to be seen. Given the scale of today's bounce back in Mechel's stock price, however, my bet is that there is some logical explanation.

We may have to wait until the end of the holiday celebrations, however, to find out what it is.