Please ensure Javascript is enabled for purposes of website accessibility
Log In Help Join The Motley Fool
Free Article Join Over 1 Million Premium Members And Get More In-Depth Stock Guidance and Research
By Rich Smith - May 20, 2021 at 1:43PM

Q1 was a tale of doom and gloom. But Q2 should be better.

Shares of Russian coal miner and steelmaker Mechel (MTL -2.17%) are soaring in afternoon trading Thursday, up 13.4% as of 1 p.m. EDT, after the company reported Q1 2021 earnings earlier in the day.

Despite the generally glum tone of the earnings release, investors apparently took an "it could have been worse, and maybe it'll get better?" view of the news, giving Mechel a pass this time. 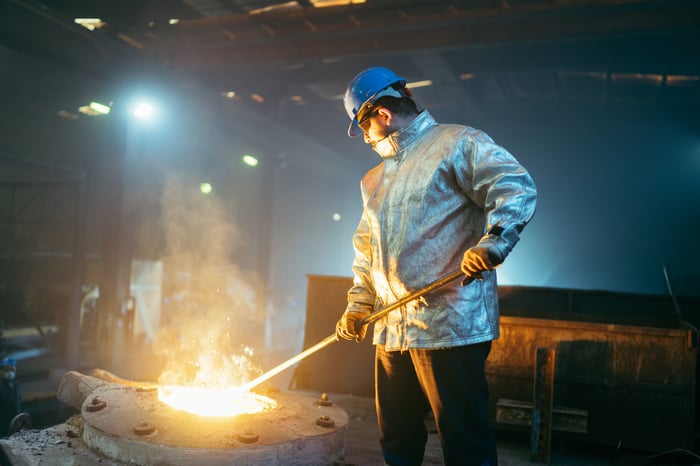 Exactly how bad was Mechel's news? Here's a hint: In the very first paragraph of the release, CEO Oleg Korzhov described:

Oh, and "the steel division had a similar situation."

Coking coal sales declined 38% year over year, iron ore sales were down 43%, and various forms of steel sold dropped anywhere from 12% to 46%! The news was so bad, in fact, that Mechel didn't even bother to mention in its release whether it earned any money in Q1. It's probably just figured everyone would assume that it did not.

But here's the good news: After giving an earnings report reminiscent of the "In Memoriam" segment from the Oscars, Mechel abruptly changed tone when talking about the future. "In April alone," said the CEO, "sales of most of our products demonstrated results nearly equal to half of those of the entire first quarter. For example, last month we sold approximately 500,000 tonnes of coking coal concentrate -- which is 53% of the amount sold in the entire reporting period."

Investors today seem to be taking a cue from the change of tone, and hoping that Q2 will be better than Q1. It could hardly be worse.