The S&P 500 index eked out a small win on the first trading day of the week -- but Under Armour (NYSE:UAA) (NYSE:UA) shareholders weren't so lucky. By close of trading, "A" shares of the sportswear maker's stock dropped nearly 7% in early trading, closing the day down 6.5%, while "C" shares of the stock did only a little bit better, falling 5.5% initially before closing the day down 4.7%.

You can thank J.P. Morgan for all of that. 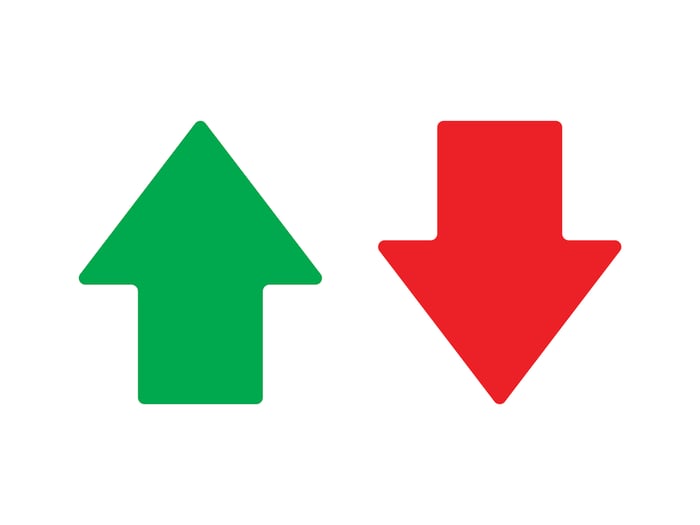 On Monday, J.P. Morgan resumed coverage of Under Armour stock at a level lower than its last-reported opinion -- in essence, downgrading Under Armour from "overweight" to "neutral."

"We see the cadence of North America revenue second-half weighted," warned the analyst -- an indication that first-half sales will not be great. "Wholesale and new full-price store openings" will show "sequential improvement," but not enough improvement to offset sales lost from reduced sales of discounted merchandise.

As a result, the analyst forecasts only 3.8% sales growth for the full fiscal year 2020, nearly a full percentage point -- or $240 million -- below the growth forecast by most other analysts. Whereas most analysts are forecasting $5.54 billion for Under Armour's sales this year, J.P. Morgan thinks $5.3 billion is a more likely number.

The good news? Even with this lower-than-expected growth for Under Armour, J.P. Morgan thinks its shares are worth about $23. Now that the stock has sunk below that price as a result of the analyst's downgrade, it may be worth thinking about buying Under Armour again.