Shares of Chipotle Mexican Grill (NYSE:CMG) were booming in 2019, and much of the credit goes to CEO Brian Niccol. After stepping into the leadership role in 2018, Niccol has led a rebound in Chipotle's sales and profits following its earlier E. coli crisis. He has focused on digital sales, improving the company's marketing, and introducing more limited-time offers, among other moves. As a result, the restaurant stock was up 94% in 2019, according to data from S&P Global Market Intelligence, reaching all-time highs.

As you can see from the chart below, the stock's gains came mostly during the first half of the year as its quarterly earnings reports showed momentum and its recovery building. 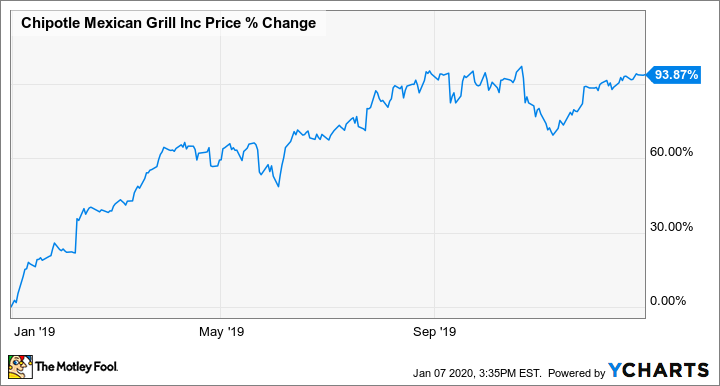 The stock surged to start the year as it climbed with the broader market recovery following the sell-off at the end of 2018. And it was helped by a bullish analyst note from BTIG, citing new menu items and growth from digital sales. 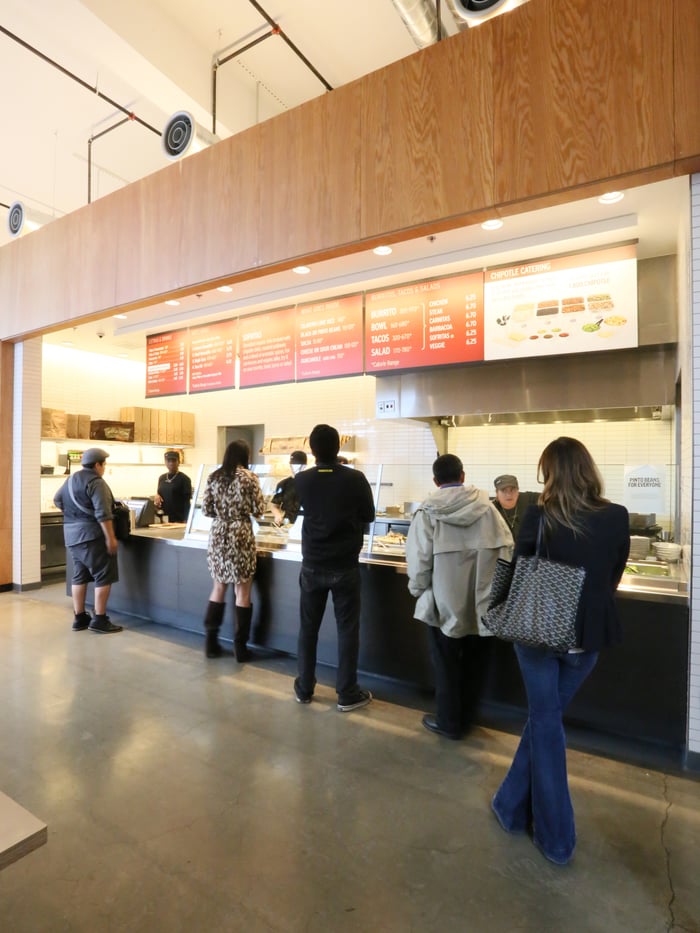 Chipotle followed that up in February with a strong fourth-quarter report that showed sales momentum building as traffic turned positive, rising 2%, with comparable-restaurant sales up 6.1%. Digital sales jumped 65.6% in the quarter, and earnings per share rose 11% to $1.72, easily beating estimates at $1.37. The stock gained 11% on the report.

That momentum seemed to carry the stock higher through March as it continued to gain that month with the help of an analyst upgrade. Shares dipped briefly in April when a subpoena related to previous foodborne-illness outbreaks overshadowed a strong first-quarter earnings report. An analyst upgrade in early June gave it another boost as shares jumped 12% over the span of a week.

With digital sales surging, up 88% in the most recent quarter, and comps up 11% in the third quarter, Chipotle has plenty of momentum going into 2020, and should see continued sales and profit growth since the company is clearly benefiting from a digital boom. While I wouldn't expect the stock to double again this year, it looks primed to be a long-term winner.