Shares of FedEx (NYSE:FDX) lost 6.27% in 2019, according to data provided by S&P Global Market Intelligence, underperforming the S&P 500 index by more than 30 percentage points. The troubles started in March, when the company cut full-year guidance due to trade wars and economic weakness, and things only got worse as the year went on. 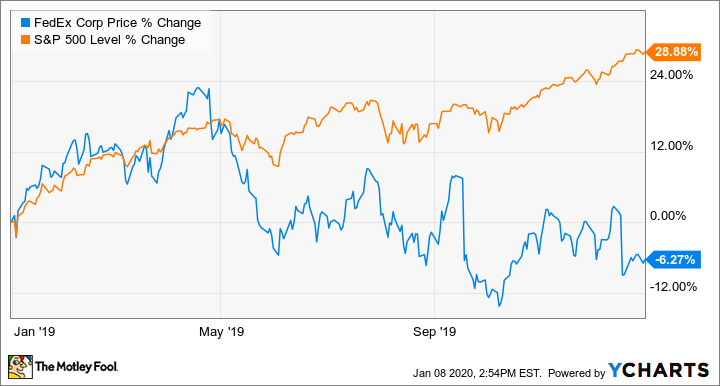 FedEx was among the first -- and loudest -- in the corporate world to sound the alarm on tariffs and issues like Brexit that plagued shipping stocks throughout the year. On a March call with investors, CEO Fred Smith said the operational challenges the company was facing were "in some cases unprecedented." The results only got worse in September, when FedEx reported weak first-quarter results and said full fiscal-year earnings would come in well below consensus.

The company was forced to manage weaker-than-expected volumes during a period when it was also spending more domestically as it worked to implement year-round weekend deliveries. It also had to weather increased competition with one-time customer Amazon.com, which in December restricted third-party sellers on its platform from delivering Prime-eligible packages through FedEx. 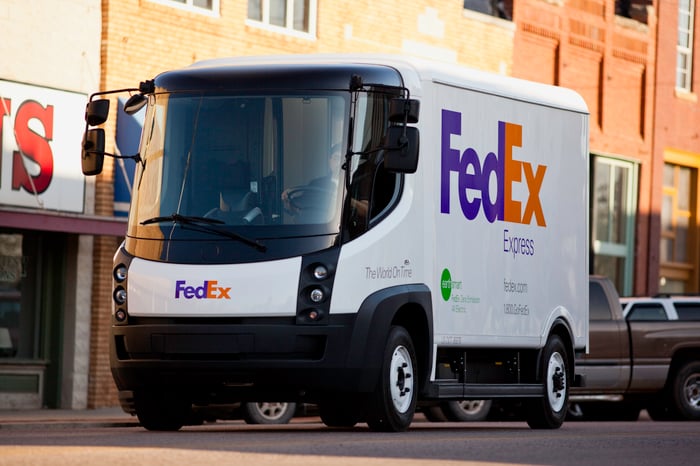 FedEx had to juggle all of these challenges while still integrating its $4.9 billion purchase of TNT Express, a deal designed to build its European network, but which in the short term saddled the company with excess capacity in a slow-growth market. The company announced a number of steps to try to cut costs and streamline operations, including plans to eliminate its entire McDonell Douglas DC-10-10 fleet by the end of fiscal 2021, but in lowering guidance conceded a turnaround would take time.

FedEx shares, if nothing else, are inexpensive, trading at just 0.60 times sales and less than 13 times expected earnings. Although Amazon's increasing presence in the shipping and logistics business is a growing threat in the overall e-commerce market, large Amazon competitors seem more likely to continue to do business with FedEx instead of handing over shipments, and with them customer data, to Amazon.

As 2020 progresses, FedEx's capital-intensive investment in its ground delivery operation should turn from a headwind to a tailwind as the start-up costs wind down and the company begins to enjoy better utilization of its assets via seven-day-a-week delivery. Any thawing of trade tensions between the U.S. and China could also be a positive catalyst.

It's too early to say how long it will take FedEx to recover, but for the patient investor, I believe now is a good time to buy in.