In my preview of lighting and controls manufacturer Acuity Brand's (NYSE:AYI) first-quarter fiscal 2020 earnings, I suggested that investors should expect volatility around the release. The market did, in fact, respond sharply to Thursday's report: Shares had tumbled almost 13% by midafternoon. Lower-than-expected revenue and earnings numbers catalyzed the sell-off.

A snapshot of the quarter

Management had forecast a year-over-year sales decline in the mid-to-high single-digit percentage range for the quarter, which ended Nov. 30. This was mostly due to the tough comparison with fiscal Q1 2019, during which Acuity's customers pulled forward orders to get ahead of the price hikes it had announced it would make to pass along the impact of U.S. tariffs. At least partly as a result, sales jumped 11% that quarter.

But Acuity was unable to offer much precision in its guidance, saying it couldn't quantify just how much of Q1 2019's sales gain was due to the order pull-forwards. That left investors to do a bit of guesswork, and their mood turned to disappointment on Thursday when they learned that sales had fallen slightly more than the projected range of decline.

To make matters worse, management relayed that market demand was weaker than expected in the recently closed quarter, especially within large projects, and the company saw diminished activity within its key commercial, renovation, and infrastructure markets.

Acuity's gross margin increased by 320 basis points to 42.6%, a rise management attributed to a favorable sales channel mix, though that  was partially offset by lower sales volumes and the mix of products sold. Despite the gross margin improvement, a combination of the dip in sales, increased stock compensation, and operations streamlining expenses compressed quarterly operating profits by 28% to $83.6 million.

In a separate release issued on Wednesday, Acuity Brands announced that CEO Vernon Nagel will step down on Jan. 31, but move into the newly created role of executive chairman. The board has appointed Neil Ashe as CEO. His background includes a 2012 to 2017 stint as WalMart's CEO of Global eCommerce & Technology. Acuity described the transition as part of "an orderly succession plan for certain senior leadership positions which began almost a year ago." 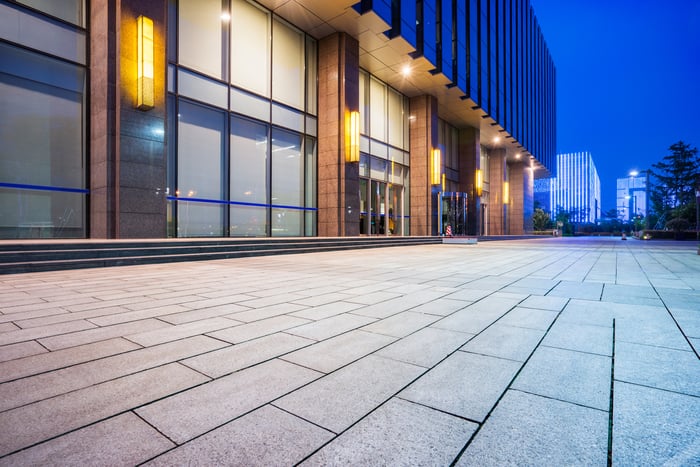 We remain cautious about overall market conditions within the lighting industry for the remainder of our fiscal 2020 primarily due to continued economic uncertainties caused by global trade issues, including tariffs. We also expect to continue to have topline headwinds associated with the pruning of products that do not meet our profitability objectives, primarily in the retail channel. While we expect market demand for lighting products to remain sluggish until there is more clarity regarding these global trade issues, we are seeing encouraging indicators such as improvement in the Dodge Momentum Index, which could be a positive indicator for market demand for lighting in the latter half of this calendar year.

Nagel did allude to one bright spot for Acuity -- its purposeful focus on higher-value products and lighting solutions (as opposed to commodity items), which has improved its profit margin profile. Yet "uncertainties" continue to plague the manufacturer, as illustrated by thin demand this quarter as large project activity slumped. Thus, at least in the short term, volatility may continue to characterize Acuity as an investment.