Synaptics (NASDAQ:SYNA) has gone from zero to hero over the past several months. Having struggled through most of 2019, the stock surged thanks to signs of a turnaround in its business. And Synaptics' rally won't be stopping any time soon if reports that it could be a supplier to Apple (NASDAQ:AAPL) this year are true. 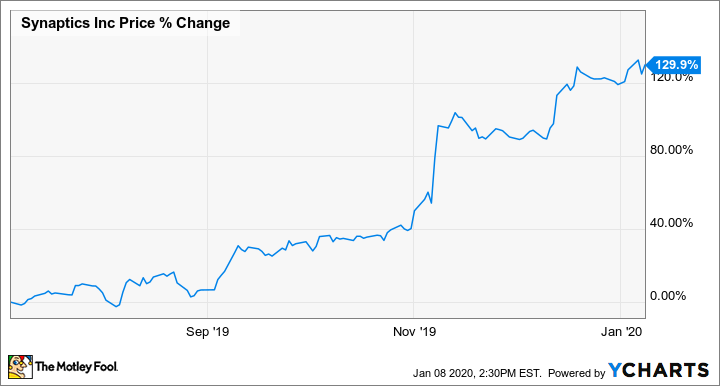 So is Synaptics actually capable of winning a slot with Apple for this year's iPhones? And should such a catalyst encourage investors to buy this tech stock?

Synaptics has already laid the groundwork

It won't be surprising to see Synaptics supply touch controllers for this year's iPhones. A Chinese OEM (original equipment manufacturer) has already deployed Synaptics' touch controller, CFO Michael Hurlston pointed out on the latest earnings conference call. He added, "We continue to win with our advanced touch controller ICs for premium OLED smartphones with Tier 1 mobile OEMs due to our superior performance and differentiating features. Our solutions are enabling exceptional touch performance in a new generation of phones with displays that fold and bend." 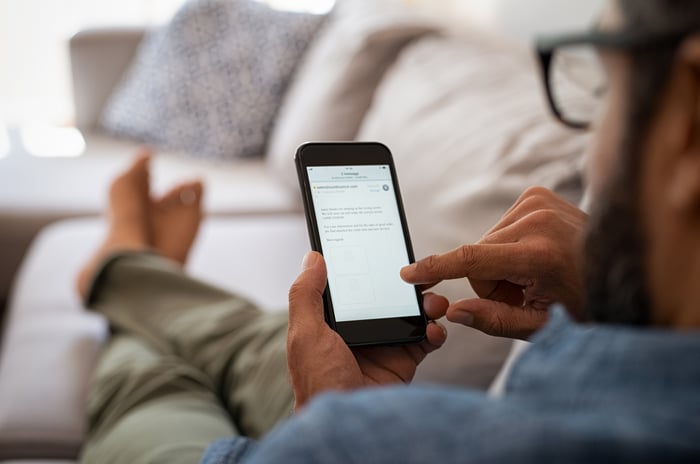 This is a big win for Synaptics as it is targeting the premium smartphone space with its S3908/09 touchscreen controllers. And as the world's second-largest smartphone maker has tapped Synaptics to supply those controllers, it's easy to see why Vinh is confident that Apple may follow suit.

After all, the Mate 30 Pro is a critically-acclaimed phone even though it lacks Google applications. So there's a possibility of Apple choosing Synaptics, whose touchscreen controller has already proved its mettle in a premium device.

What's more, Synaptics has been an Apple supplier in the past. This means that Cupertino wouldn't be venturing into unknown territory if it decided to select Synaptics controllers for this year's iPhones. And if that turns out to be the case, Synaptics will win big, given the potential size of the addressable market.

Well-known Apple analyst Ming-Chi Kuo predicts that all four iPhones to be launched this year will have OLED screens of different sizes. This could translate into a huge opportunity for Synaptics as iPhone sales are expected to increase in 2020.

Wedbush Securities forecasts that Apple could build 100 million iPhone 12 units this year, compared to the 80 million iPhone 11 orders it reportedly placed last year. Now, it's not clear how much money Synaptics could make from each iPhone unit, but the company stands to see a nice bump in shipment volumes of its touchscreen controllers if it actually manages to score the design win.

More importantly, a design win at Apple could give Synaptics' long-term ambitions a shot in the arm as the transition to OLED screens in the smartphone space gains momentum. One third-party estimate puts the annual growth of the flexible OLED market at nearly 40% a year through 2024.

Synaptics is already well positioned to capitalize on this trend thanks to Huawei. A slot in this year's iPhone models will increase its chances of capturing a piece of the market's terrific growth potential. So don't be surprised to see Synaptics stock sustain its momentum in 2020 thanks to Apple.