The Dow Jones Industrial Average (DJINDICES:^DJI) had taken a dive by 11:30 a.m. EST Friday, down 0.23%. A weaker-than-expected December jobs report may be playing a role. The U.S. added 145,000 nonfarm jobs in December, the least since May.

Dragging down the Dow were mega-retailer Walmart (NYSE:WMT) and aerospace and defense company Boeing (NYSE:BA). Walmart stock suffered after an analyst warned about weak holiday sales, and shares of Boeing stumbled after the company released troubling internal communications related to the 737 Max.

An analyst warning on Walmart

Big-box discount retailer Walmart has been having a lot of success lately, both in its stores and online. U.S. comparable-store sales have been consistently rising, driven by solid growth in store traffic. Meanwhile, the e-commerce business has been booming, thanks in large part to online grocery sales. 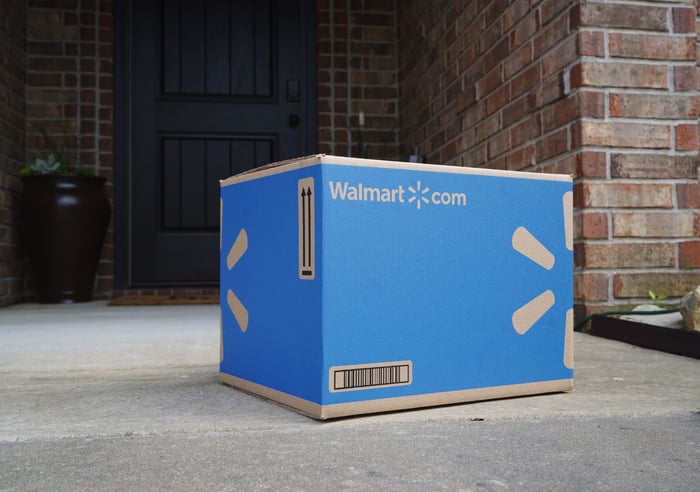 While Walmart has been doing most things right, the retailer is still subject to the ebb and flow of consumer confidence and the state of the economy. Some retailers, particularly department stores, have already reported disastrous holiday sales numbers. Walmart's results certainly won't be that bad, but analysts at Cleveland Research warned on Friday that the company's holiday sales could be weaker than expected.

Cleveland Research found Walmart's holiday sales coming in below its expectations, with December not as strong compared with its peers. Shares of Walmart were down 1% Friday morning in the wake of the warning.

Boeing documents show the company in a bad light

Commercial airplane manufacturer Boeing is in crisis as it struggles to get its grounded 737 Max approved by the Federal Aviation Administration. The CEO has been fired, and production of the troubled plane will be halted this month. Boeing's woes are starting to affect the supply chain: Fuselage supplier Spirit AeroSystems announced Friday that it was laying off 15% of its workforce.

On Thursday, Boeing released internal communications related to the 737 Max that won't help the company's image. "I'll be totally shocked if the FAA passes this turd," read one email. "This airplane is designed by clowns, who in turn are supervised by monkeys," read another.

Another email described the difficulty of flying the plane in the simulator: "I crashed big time my first few times, that's what scares me about showing any of this to them. You can get decent at it after 3-4 tries, but the first few are ugly."

Boeing addressed the controversy in a statement:

We regret the content of these communications, and apologize to the FAA, Congress, our airline customers, and to the flying public for them. We have made significant changes as a company to enhance our safety processes, organizations, and culture. The language used in these communications, and some of the sentiments they express, are inconsistent with Boeing values, and the company is taking appropriate action in response.

In the short term, this doesn't help Boeing's efforts to get the 737 Max flying again. In the long term, these communications could damage the company's reputation with its customers and airline passengers. Shares were down 1.5% Friday morning.