AssetMark Financial Holdings (NYSE:AMK), an investment platform for financial advisors, has had a volatile five months since going public mid-July. The stock finished 2019 up 7.32%, while the S&P returned 8.84% over the same time period. At their core AssetMark has served as a one-stop-shop, providing the tools and support needed for advisors to run their business' including operations and back office, reporting, investment manager due diligence, asset management, and custodial services. The integration of these services through technology has been a cornerstone for AssetMark and has been championed by advisors who have effectively used it to scale their business. However, AssetMark is not a fintech company but a pure asset-management play. Considering their current valuation and growth prospects investors should be alarmed. 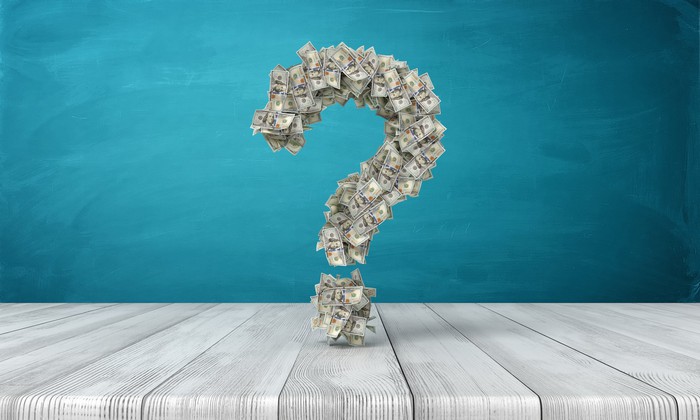 Through the roadshow, AssetMark touted strong growth in their assets under management (AUM) as a justification for the $27 per share valuation, or about a $2 billion market cap. This is a key metric for the company as over 90% of revenue comes from fees charged on AUM. Leading up to the IPO, from Dec. 31, 2014 to March 31, 2019, AUM doubled from $25 to $50 billion, or about 17% annually. This is not likely to persist. When you dissect the numbers, at least $9.15 billion was acquired assets. During this period, AssetMark acquired Aris ($1.7 billion AUM), Global Finance Private Capital ($5.7 billion AUM), and the assets from Clark Capital's TAMP program ($1.75 billion AUM).

When we back out market growth, the numbers look even dimmer. If we used an estimate of asset growth tied to a 60/40 (stocks/bonds) portfolio, then we can land at a number which is a better indication of organic asset growth. As of the end of Q3, organic asset growth for AssetMark was 9.58% or approximately 12.7% annualized. Though, when comparing Q3 year-over-year organic asset growth is down 5.9% compared to the prior year. In the second quarter, the result was an even worse decline of 10.7%.

A recent McKinsey study discusses the shift in the asset management industry and how companies are being priced. Overall, the average price-to-earnings multiple across the industry has come down from as high as 14 to 18 times earnings in the years from 2001 through 2017, to 11 times earnings in Q3 2019. This is largely explained by the lack of organic growth in the industry. Since 2010, organic growth has only exceeded 4% in one calendar year, and has not eclipsed 3% since 2015.

Today AssetMark is valued at just over $2 billion, right at the cusp for consideration by mid-cap investors. While smaller companies are generally riskier, relative to large caps, it is trading significantly more expensive than its counterparts in both the large and mid-cap space, on a Forward P/E basis. Normally this can be explained by higher expected future earnings growth or higher margins. Some may even argue AssetMark is worthy of a valuation more like tech companies. If this is the case, then Mr. Market is getting it wrong here. Again, 90% of the companies revenue comes from asset-based fees. Here is how AssetMark stacks up against some of its competitors, listed in order of their forward price-earnings ratios.

Considering AssetMark's reliance on AUM and acquisition model, it's hard to justify valuation multiples so different from those of other traditional asset management firms, especially with the rise of fintech companies that charge fees to the advisor and not to the end client, like AssetMark does.

"We plan to continue to grow through acquisitions" CEO Charles Goldman said on the Q2 call, a sign that management is aware of the lack of organic growth. Up until now, AssetMark has benefited from this growth as the industry consolidates. Though, at the late stages of a bull market, the company could soon see a slowdown in revenue growth driven from rising portfolio values. Also notable for investors, the lock-up period for the IPO will end Jan. 14. The stock could see a significant dip if insiders choose to start selling.