Retail investments may strike fear in some investors these days given the trends in the brick-and-mortar retail industry, which some have dubbed the "retail apocalypse." Select retail chains and malls are having an increasingly tough time, as the shift toward online retailing becomes increasingly popular.

It's a macro trend to factor into your buying decisions, but the investment reality on the ground is a bit more complicated.

Not all areas of retail are underperforming. Most of the damage is being done to clothing retailers like Macy's, Gap, and J.C. Penney. Thus, investors shouldn't just outright avoid the entire sector without first looking for some of the success stories.

This brings us to Kimco Realty (NYSE:KIM), a real estate investment trust (REIT) based in New York, that owns and operates about 420 open-air shopping centers across in the United States. 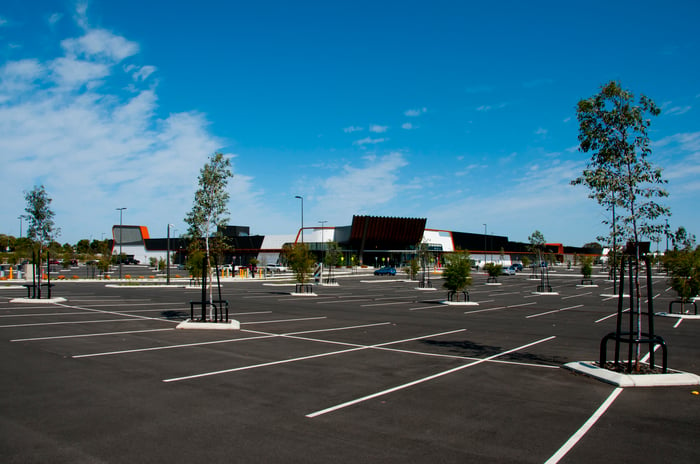 Kimco's properties are not enclosed shopping malls (which are struggling more, on average), rather they are mixed-use, open-air shopping centers. This includes strip malls, which usually contain a grocery store or a Walmart, perhaps a Gamestop or a Supercuts, maybe a movie theater and a wireless phone outlet store or two, a dollar store, and others. Compared with enclosed malls, these shopping centers are performing relatively well.

With 74 million leasable square feet of space, Kimco is one of the largest shopping center owners in the country. Should it be on your radar? As a potential dividend stock, the answer is yes.

A decade of delivering dividends

Kimco has rewarded investors with fantastic dividends over the years. It currently pays out a quarterly dividend of $0.28 per share, generating a yield  of 5.6%. That's $1.12 per year per share. The dividend has climbed every year from 2010 through 2017 but has been flat the last two years at $0.28.

The payout ratio of 76.64%, meaning Kimco pays out that percentage of its earnings in dividends. That's considered a very high ratio for regular stocks, but not so much for REIT's, which are required to pay out 90% of taxable earnings to shareholders. For REIT's it only becomes a problem when payout ratios are 100% or over, which means the company is paying out more than it brings in. So, Kimco is definitely in the right range for REIT's. One concern, however, is that dividends have flattened out the past two years, likely related to the uncertainty in the overall economy.

Restructuring has been key to growth

So what does the future hold for Kimco? The company had a good year in 2019, with the stock up about 41.4%. But in the last month, it has declined about 7% and is down 6.5% year-to-date. However, analysts forecast a solid 8.4% gain in 2020 overall, which is promising in an uncertain year for stocks (particularly those in the retail shopping sector).

Kimco has been restructuring over the past decade, whittling down the number of properties it owns from more than 800 properties in 2010 to its current 420. In the third quarter alone, the company sold eight shopping centers for a total price of $166.7 million, with $70.9 million going to Kimco (as some were joint ventures).

For the year, Kimco will make in the range of $200 million to $300 million in dispositions (property sales), company officials said on a third-quarter earnings call. The company has focused its portfolio on the top 20 markets -- where more than 80% of its properties are located -- as the supply-and-demand dynamics there are more favorable. It has employed a strategy of reinvesting the assets gained from selling off the lower quality assets into its strengthened portfolio. As a result, Kimco's demand is high, with occupancy rates in the third quarter at 96.4%, an all-time high for the company.

Funds from operations, or FFOs (the measure REITs use to determine cash flow), was $146.9 million, or $0.35 per diluted share, for the third quarter of 2019, up 6% from the third quarter of the previous year. It's evidence that portfolio restructuring efforts are starting to pay off.

"We feel like the developments and redevelopments are all now starting to deliver what we anticipated," Chief Executive Officer Conor Flynn said on the earnings call. "So, we're on the right path. We feel like we've still got a lot of work to do, but we're starting to get rewarded for all that work that we've been putting into the portfolio."

Given the company's track record of delivering dividends and the positive earnings trend the company is on, Kimco is on solid footing for the new decade. Buying at the currently lowered price could get you in on the stock at a discount.