Maxar Technologies (NYSE:MAXR), the Canadian space company that bought an American space company, moved to America, listed on the NYSE, and became one of the driving the driving forces behind NASA's Project Artemis to return to the moon, announced plans to complete its transformation last year.

On December 30, 2019, Maxar announced that it will sell the business that started it all -- Canadian MDA -- and retain only the company MDA bought back in 2017 -- DigitalGlobe, which focuses enitrely on "geospatial data and analytics, satellites, space robotics, and space infrastructure." Businesses building and operating "ground stations, radar satellite products, robotics, defense, and satellite components," and 1,900 employees, will go to acquirer Northern Private Capital. Whatever's left will be the new Maxar. 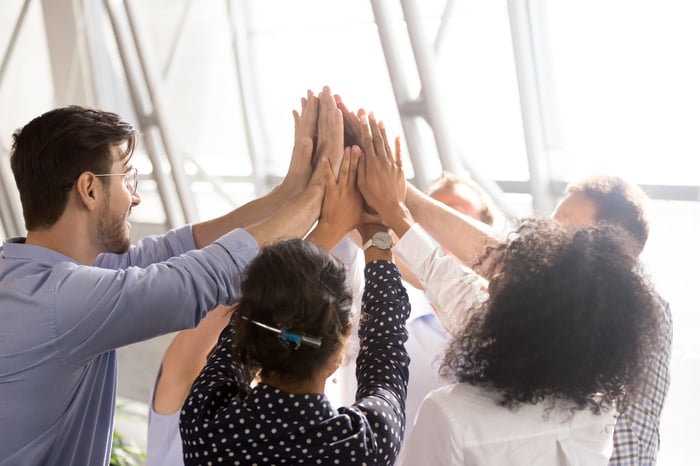 You may be surprised to learn that, in fact, quite a lot of the company we got to know as "Maxar" over the past two years will in fact remain unchanged.

In the company's press release describing its spinoff, Maxar noted that Northern Capital will pay a price equal to about 80% of Maxar's market cap at the time the deal was announced -- $765 million. But the businesses Northern Capital will acquire produce less than 20% of the revenue Maxar collects in a year -- just $370 million.

Subtract that MDA revenue from Maxar's $1.97 billion in total trailing revenue (according to data from S&P Global Market Intelligence), and this implies that businesses representing more than 80% -- or $1.6 billion -- in revenue-generating potential will remain after Maxar's breakup. In other words, it actually looks like Maxar will emerge from this deal largely intact, albeit minus some very important parts.

Precisely how important those parts are is difficult to discern from the limited information Maxar has so far disclosed. Neither the descriptions of the businesses leaving nor of those staying clearly line up with Maxar's established business divisions (space systems, imagery, and services), so it's not entirely clear how the division will break down.

I can only presume, though, given the premium price Northern Capital will be paying for just $370 million out of a $1.97 billion revenue stream, that Maxar will be selling off its more profitable businesses -- its crown jewels -- and retaining its less profitable ones, in the hopes of turning those latter businesses around itself. (Otherwise, paying 80% of a company's market cap to acquire 20% of its revenue wouldn't make much sense at all.)

And I have to say, therefore, that if my interpretation is correct, then investors may be jumping the gun in how they've reacted to Maxar's news. Since the announcement was made on December 30, Maxar stock has surged 33.4% in price.

I suspect this investor ebullience partially arises from hopes the company will put its $765 million in new cash to good use by paying down some of its $3.4 billion in debt. (Maxar in fact noted that this deal will reduce its overall debt "by more than $1 billion," which suggests Maxar will also be offloading some debt to Northern Capital when it lets go of MDA.) And in a note published Wednesday, investment bank JP Morgan opined that "leverage concerns are fading" as new cash becomes available to Maxar.

Still, even under the most optimistic scenario, and working off of today's $1.1 billion market capitalization, it looks like this should leave Maxar a heavily leveraged company post-spin-off, with $2.2 billion or more in debt -- twice its own market cap. With only the less profitable of its businesses remaining to generate cash to service this debt, the company's fate remains far from certain.