We're now less than a week away from the moment of truth for Disney's (NYSE:DIS) original theme park resort. Star Wars: Rise of the Resistance will open at Disneyland on Jan. 17, and if the next-gen attraction proves to be as popular in California as it has been since making its debut at Disney World last month, it could be just what the iconic theme park needs to turn its worrisome attendance trends around.

Disneyland surprised investors when it posted an attendance decline for Disney's fiscal third quarter of 2019, covering the three months ended in June. The dip in turnstile clicks was problematic because the first phase of Star Wars: Galaxy's Edge opened a little more than halfway through the period. The 14-acre expansion was supposed to be a no-brainer for the House of Mouse, but guests didn't show up in the expected record numbers. When attendance slipped again at Disneyland for the subsequent fiscal fourth quarter, the seasonally potent summertime period, the last of the scapegoats had left the stable. 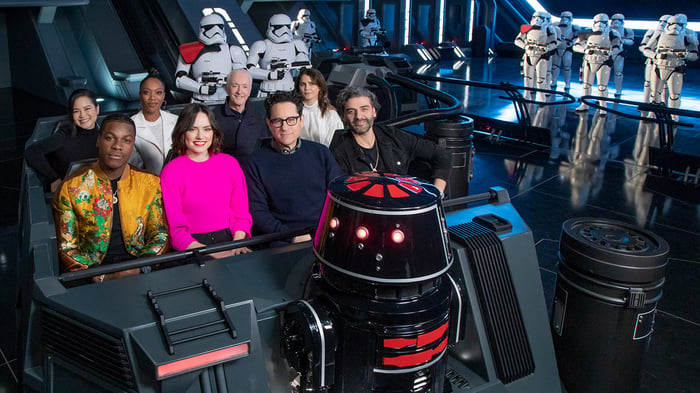 If Disneyland wasn't humming along when the economy was doing well and it was expanding its offerings how would it fare when the next recession inevitably rolls around? Disneyland was going to need the expansion's bar-raising second ride to save the day, and thankfully the immersive experience is winning raves in Florida.

Star Wars: Rise of the Resistance has been so popular in Florida that Disney's Hollywood Studios has turned to a virtual boarding group system that routinely runs out minutes after the park opens. If you're not at the park early in the morning, you're just not going to ride.

Disneyland will also be using a visual boarding group platform, and that's going to be good news for Disney shareholders even if attendance fails to grow. Visitors will have to arrive early to secure a boarding time and then stay late until their group is called, and that means spending more time at the park eating, drinking, and shopping. The virtual queue also keeps folks out of long lines, and again that means more chances to boost in-park spending.

The buzz that's been building since the jaw-dropping ride's debut in Florida will also help. The success of Rise of the Resistance has helped squash the initial concerns that Star Wars: Galaxy's Edge was a flop. There may have been a few hiccups in the first phase, but this time it's the media empire that strikes back.