The enterprise software company added plenty of new customers and dramatically outperformed its initial guidance for the year.

Shares of Coupa Software (COUP) gained 132.7% in 2019, according to data from S&P Global Market Intelligence. The business-spending management specialist's stock rallied as its earnings outlook improved dramatically early in the year, and the company delivered a string of earnings beats and guidance hikes. 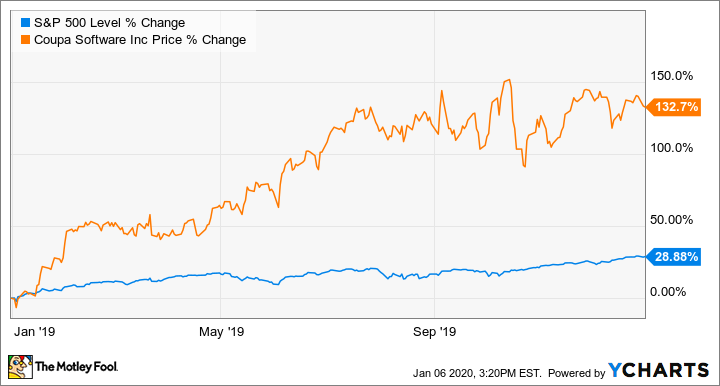 When Coupa reported its results for the final quarter of its fiscal year ending Jan. 31, 2019, it guided for revenue to come in between $325 million and $327 million. Non-GAAP (adjusted) earnings per share were expected to be between $0.04 and $0.10. By the time Coupa published its third-quarter results for the current fiscal year early in December, the company had raised its annual sales guidance to between $379.8 million and $380.8 million and its adjusted earnings guidance to between $0.34 and $0.37 per share.

Coupa Software's rally has continued into early 2020, with shares up roughly 16% in the year's trading so far. 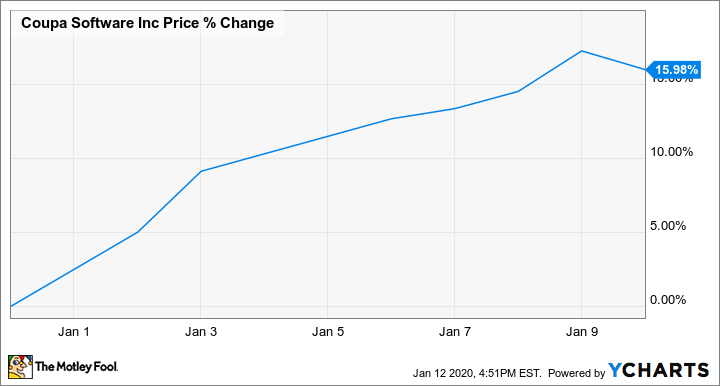 The company expects to be at cash-flow breakeven or slightly positive in the quarter ending Jan. 31. Sales for the period are expected to be between $325 million and $327 million, and adjusted earnings per share are projected to come in between $0.04 and $0.10.

Is It Too Late to Buy Coupa Software Stock?