Healthcare companies are gathering in San Francisco this week for the annual JP Morgan Healthcare Conference, a high-profile event that's historically been a great venue for announcing mergers and acquisitions (M&A) and licensing agreements.

So far, there haven't been any big M&A deals, but Iovance Biotherapeutics (NASDAQ:IOVA) announced it licensed gene-editing technology from Cellectics (NASDAQ:CLLS) and an IL-2 analog from Novartis (NYSE:NVS). The deals bolster Iovance's pipeline but also decrease the likelihood Iovance will be acquired soon. As a result, Iovance's shares lost 11.8% of their value on Monday. 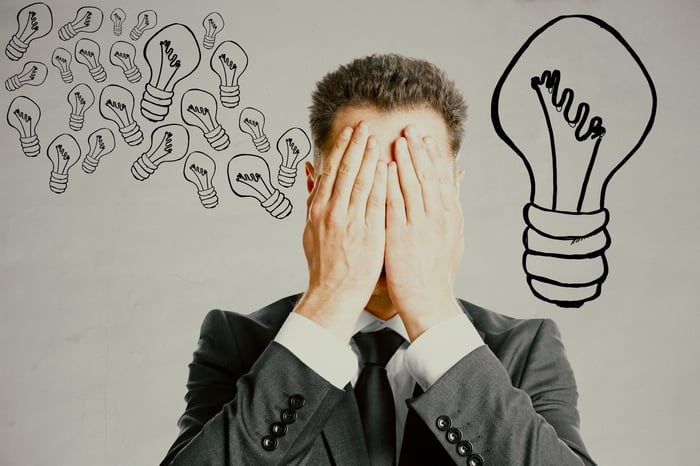 A clinical-stage biotech, Iovance expects to report pivotal data this year for its tumor-infiltrating lymphocyte (TIL) therapy, lifileucel, in melanoma. The therapy, which involves extracting T-cells that have penetrated a patient's tumor, multiplying them ex-vivo, and then infusing them back into the patient, elicited a 35% response rate in metastatic melanoma patients in phase 2 trials.

By using the technology it's licensing from Cellectis, Iovance may be able to improve its existing therapy by editing TILs so they can bind to proteins expressed on cancer cells.

Meanwhile, the IL-2 analog (IOV-3001) it's acquiring from Novartis gives it a new compound it can use in combination with TILs to enhance patient response rates. IOV-3001 is designed to have a longer half-life with fewer side effects than existing IL-2 drugs on the market, such as Proleukin, a highly toxic drug when given at large doses that's been used as a melanoma treatment since the late 1990s.

Iovance plans to move quickly to implement Cellectis' technology in clinical trials. It also says its license allows it to use the technology in "several cancer indications," potentially expanding the company's target market.

As for IOV-3001, Iovance plans to focus on manufacturing this year. If all goes well, management may "initiate IND-enabling activities as early as 2021."

In both cases, Iovance doesn't appear to be paying a lot for these assets. Its deal with Novartis is for an undisclosed upfront payment, low single-digit milestones, and low- to mid-single-digit royalties -- if IOV-3001 eventually makes it to market. For Cellectis' gene-editing technology, Iovance agreed to milestones and royalties on products incorporating the technology but hasn't disclosed any specifics yet.

Overall, these deals may enhance Iovance's TIL-platform and in turn, significantly increase its commercial opportunity. However, a lot depends on the upcoming melanoma data later this year, so investors will want to keep tabs on the company.