Shares of StoneCo (NASDAQ:STNE) climbed 116.3% in 2019, according to data from S&P Global Market Intelligence. The Brazilian payment-processing company's stock posted dramatic growth early in the year as it benefited from market momentum and glowing analyst coverage and then got a huge boost thanks to better-than-expected fourth-quarter 2018 results and forward guidance. 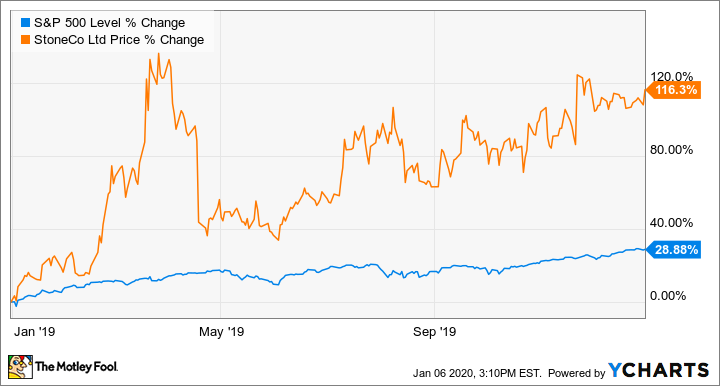 StoneCo stock did see a significant plunge in April, with its share price declining 30% in the month due in part to news that Rede, Itau Unibanco Holding SA's card-processing unit, would start distributing payments to small and medium-size businesses in just two days after charges were received. StoneCo's April slump was likely also worsened by the announcement of a new share offering. However, the company's share price bounced back thanks to a series of strong earnings reports, and it's now close to the lifetime high that it hit in March. 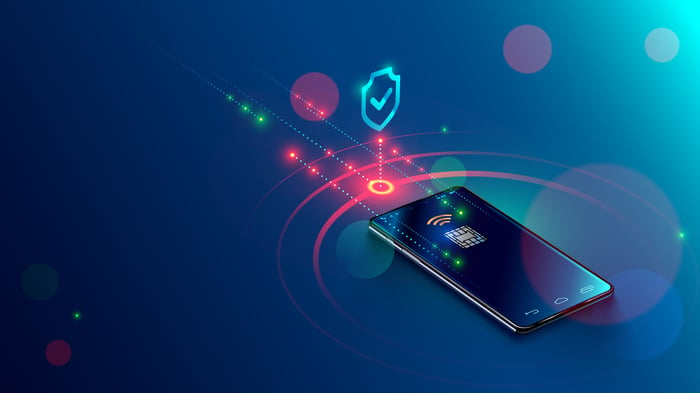 The table below shows the year-over-year growth rates for gross payment volume, total revenue, and adjusted net income across the four quarters that the company reported in calendar 2019.

StoneCo's earnings came in ahead of the average analyst targets in Q4 2018 and the first and second quarters of 2019, but fell short of the target in the third quarter. Shares still continued to climb following the third-quarter earnings release thanks to better-than-expected sales growth and strong momentum for net client additions. The company brought 68,700 new clients on board in the quarter, marking its biggest total quarterly addition ever and representing year-over-year growth of 82.8%. Overall, it was a great year for the business.

StoneCo's rally has continued into 2020, with shares up roughly 8% in the year's trading so far. 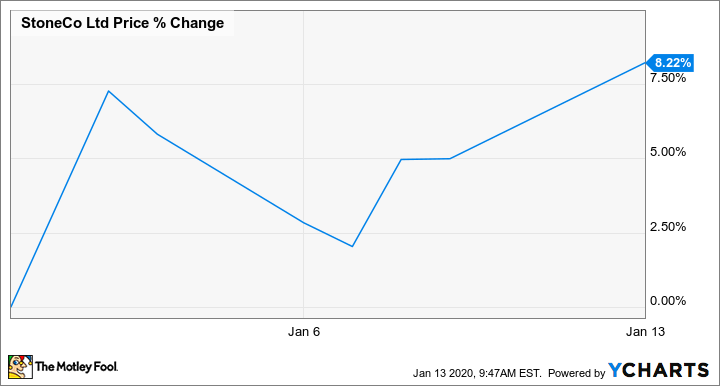 Brazil's economy has been showing signs of weakness in recent years, but StoneCo has been posting fantastic growth nonetheless, and the payment-processing market still looks primed for big growth in the country.

The company is valued at roughly 42 times this year's expected earnings and 13.4 times expected sales.