SmileDirectClub (NASDAQ:SDC) has had a busy start to the new year. On Jan. 6, the company announced a deal with Walmart to sell dental products inside its stores. On Jan. 7, the company announced its expansion into Hong Kong. On Jan. 10, it triumphed in a legal battle with the New Jersey Dental Association when the court granted the company summary judgment, tossing out the trade group's complaint against SDC.

And today, SmileDirectClub announced it will start selling its clear aligners to the orthodontics industry, undercutting industry leader Align Technology (NASDAQ:ALGN). All this good news has sent the stock soaring. which is up 15% in early trading Tuesday. Shareholders are up 34% in the first two weeks of the year. 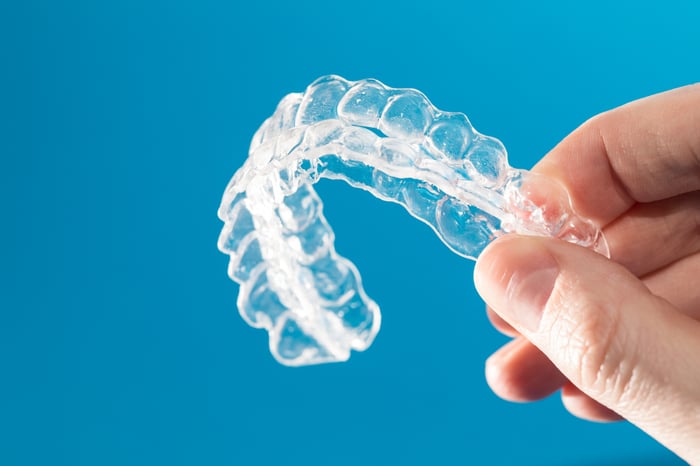 This newest move is an interesting pivot. SmileDirectClub is known for selling its clear aligners direct to consumers. Its business model saves customers thousands of dollars because they can skip expensive visits to the orthodontist chair. The orthodontics industry has attacked the company by filing lawsuits and getting new regulations passed.

But by making its aligners available to orthodontists, SmileDirectClub simultaneously opens up a new market for its product while decreasing its conflict with the orthodontics industry. Meanwhile, the company's battle with Align Technology intensifies.