Pinterest (NYSE:PINS) stock scored a strike today, jumping 10.5% (as of 1:35 p.m. EST) on a report from eMarketer.com, which stated that in 2019, "Pinterest surpassed Snapchat as the third-biggest social media platform in the US."

According to the website, as recently as 2018 Snap (NYSE:SNAP) -owned Snapchat was the third-biggest social media platform after Facebook and Twitter, with 75.8 million users (versus 75.5 million for Pinterest). Today, the balance of power has shifted, and it's Pinterest in the lead with 82.4 million users, versus 80.2 million for Snapchat. 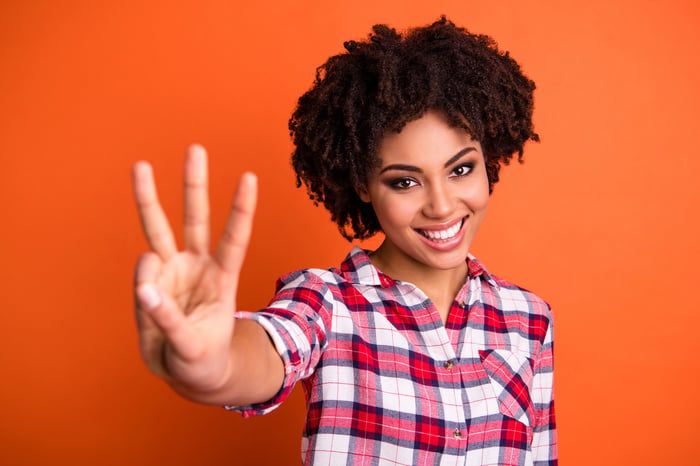 In eMarketer's opinion, Pinterest has a built-in advantage over its (now) smaller rival: "While Snapchat has a young core audience that it caters to, Pinterest has a more universal appeal, and it's made significant gains in a wide range of age groups."

Result: Pinterest now looks likely to "continue to stay ahead in the coming years," and "the gap between the two platforms' user bases will continue to grow through ... 2023."

Granted, this is just one publication's opinion. eMarketer does admit that Snapchat has a commanding lead among younger users -- 66.5% of kids aged 12 to 17 use it, versus 28.1% for Pinterest, and 81.3% of young adults aged 18 to 24. If these users remain loyal over time, it's possible that Snapchat could still do very well.

eMarketer just thinks the opposite is more likely, and that as users age, their taste in social media platforms will, also.