There are only a handful of companies building U.S. projects that will export liquefied natural gas, or LNG, and most are in a fairly advanced stage of constructing very large and complex facilities on the Gulf Coast. LNG projects take several years to construct, and buying the stock of their developers early in the process has paid off for investors before, particularly in the case of Cheniere Energy (NYSEMKT:LNG). Since Cheniere said it won federal approval to export LNG in 2010, its shares are up more than 2,400%, making it one of the best performers of the past decade.

New Fortress Energy (NASDAQ:NFE) is a smaller-scale LNG developer that has similar ambitions in this industry, and it's approaching this market in a unique way. Let's see if this company has what it takes to become the next Cheniere.

What New Fortress has going for it

New Fortress Energy hasn't been around long. It was founded in 2014 by Wes Edens, the co-founder and co-CEO of Fortress Investment Group, with previous experience at BlackRock and Lehman Brothers. He also has some experience in infrastructure project development, particularly with the Brightline passenger rail in Florida.

The company is pursuing energy infrastructure projects in the U.S., Mexico, Europe, and the Caribbean. In the second quarter of 2019, it started operating the Old Harbour power plant in Jamaica, and it also owns an interconnected floating storage and regasification unit and natural gas pipeline near the site. The start of operations at the Old Harbour plant increased third-quarter revenue to $49.7 million from $28.4 million in the same period a year ago.

New Fortress Energy has used debt financing to build its projects and this week got a commitment from an affiliate of Apollo Global Management for $800 million in new funding. The company will refinance $500 million in higher-priced debt and use the rest of the proceeds to build out its pipeline of new assets. It bodes well for the company's development plans that it got both an interest rate on this loan that's 200 basis points lower than its prior financing, and the backing of a significant financial player like Apollo.

What it's trying to build

New Fortress has proposed building a 3.6 million-gallon-per-day LNG plant in Pennsylvania and says it plans to export the LNG to the Caribbean. The company's target Caribbean market seems to jell with export market trends, as S&P Global said exports to Caribbean countries are growing and were up 25% year over year as of September.

The company also recently won a permit to begin shipping LNG by rail in the United States. The permit has raised environmental concerns, but it's also a big deal because it's the first to allow LNG to be transported in this manner, potentially setting up New Fortress as a major growth stock. The company plans to transport LNG from Pennsylvania to the Repauno Port and Rail Terminal in New Jersey, The Philadelphia Inquirer reported, but where it goes after that is unclear. 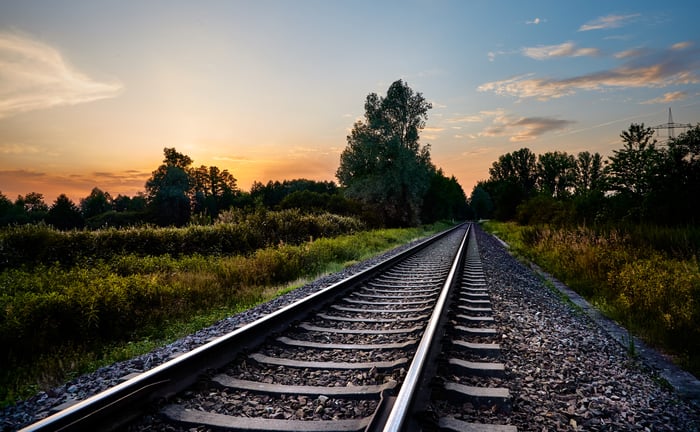 New Fortress Energy hasn't yet reached a final investment decision on the Pennsylvania terminal, meaning it hasn't signed financing and may ultimately decide not to proceed. Building an LNG plant in Pennsylvania won't be an easy undertaking, for many reasons. Vocal environmental opposition has already emerged, and the site doesn't have much supporting infrastructure in place or a major water source nearby, like projects that have been built on the Gulf Coast. Details haven't yet emerged on the buyers for the LNG produced by the project, the cost of the LNG, or the length of possible contracts.

New Fortress Energy has solid leadership, big-name financial backing, and the ability to shepherd a complex energy project through development. The company's Pennsylvania LNG facility is not a sure thing, and details on its plans to move LNG by rail are few and far between. But those aren't the only irons this company has in the fire. Investors would be wise to keep an eye on how its plans materialize.