The provider of in-flight broadband services is expanding its satellite-based networking capacity.

Shares of in-flight networking specialist Gogo (GOGO 4.22%) soared on Thursday, rising as much as 17.1% on the announcement of a new satellite broadband contract. By 12:20 p.m. EST, the stock had retreated to a milder gain of 12%.

Gogo is leasing several gigahertz' worth of broadband services from satellite networking expert Hispasat's recently unveiled Amazonas Nexus satellite. When that satellite launches in the second half of 2022, it will replace an older and slower networking hub in geostationary orbit over the 61st meridian west. From that position, the satellite will provide coverage across the entire Americas from Alaska to the southern tip of Argentina.

"Through our partnership with Hispasat, Gogo 2Ku will continue to meet the growing demand for high-speed inflight connectivity," said Gogo CEO Oakleigh Thorne in a prepared statement. 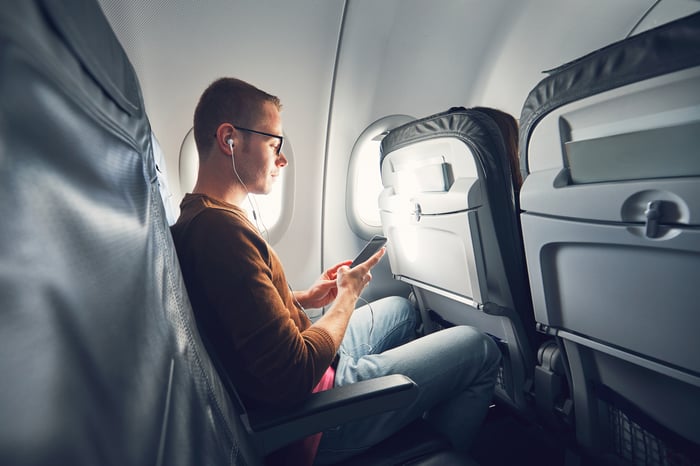 The mere fact that Gogo is investing in additional satellite-based network capacity is proof that its services are in high demand. Investors are essentially applauding the company's ambitious growth plans today. Gogo's stock has now gained 44% over the last 52 weeks.

Hispasat's parent company, the Madrid-based electric utility giant Red Electrica Group, rose just 1.2% on the news. A single networking deal with a small-cap service provider like Gogo barely moves the needle for an industry titan with a $10.6 billion market cap and $2.2 billion of annual revenues.