Shares of Gogo (GOGO -4.73%) initially took off by as much as 15% this morning after the company reported fourth-quarter earnings. The stock has since crashed and was down by 8% as of 11:30 a.m. EST.

Revenue in the fourth quarter declined 10% to $77.6 million, which was still better than the $69.1 million in sales that analysts were looking for. That resulted in an adjusted net loss per share of $0.11, which was worse than the $0.08 per share in adjusted net losses that Wall Street was expecting. The provider of in-flight Wi-Fi completed the sale of its commercial aviation (CA) business, which provided service to airline companies, for $400 million during the quarter. 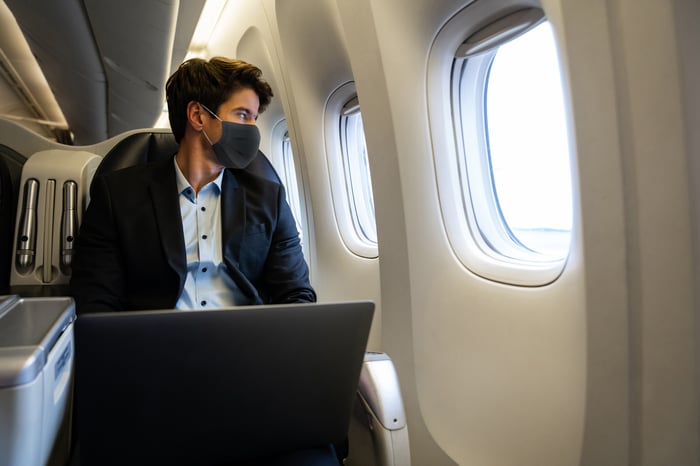 "Our 2020 performance demonstrates the resiliency of our business in this attractive market as Gogo exited the year with a record number of ATG units online," CEO Oakleigh Thorne said in a statement. "We plan to invest in improving the performance of our proprietary ATG network and driving market penetration of our AVANCE platform, positioning us well to introduce valuable add-on services such as Gogo 5G, and other new technologies as they evolve."

CFO Barry Rowan added that the divestiture of the CA segment has strengthened Gogo's financial position and net debt levels, positioning the company to better execute on refinancing to deleverage the balance sheet while reducing interest expense.

Gogo issued guidance that calls for 2021 revenue of $300 million to $320 million, which should result in adjusted EBITDA of $105 million to $120 million. The company also set long-term financial targets calling for revenue to increase at a compound annual growth rate (CAGR) of at least 10% through 2025.