Investors and analysts continued to weigh the bullish implications of selling the commercial aviation business.

Shares of Gogo (GOGO 0.21%) extended a rally today that started earlier this week, closing up 29% after investors and analysts continued to express positive sentiments regarding the recently announced sale of the commercial aviation (CA) business to Intelsat. The jump follows yesterday's 43% gain.

In the immediate wake of the news, Roth Capital had boosted its price target on Gogo from $8 to $10. Analyst Scott Searle called the deal "transformative," as Gogo's CA business has been a drag on results. While the CA segment in North America was profitable before the COVID-19 pandemic struck, the CA business in the rest of the world has long been hemorrhaging cash. 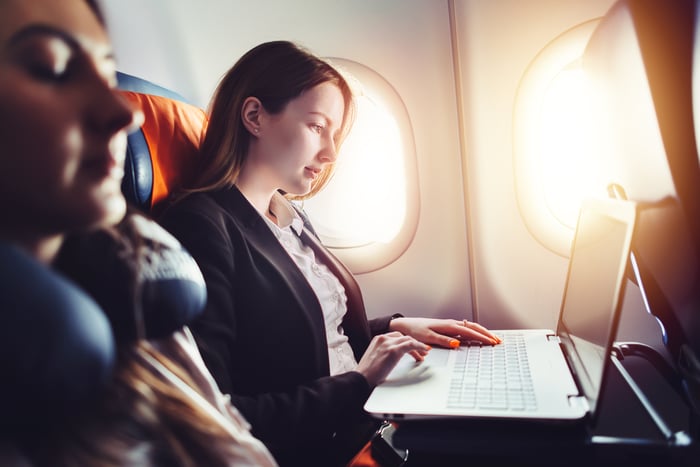 Divesting the segment will remove those EBITDA losses while unlocking value from the remaining business aviation (BA) segment, according to Searle. The analyst notes that Gogo's BA segment is a clear leader in its market, which is both underpenetrated and growing, with an estimated 90% market share.

The $400 million in proceeds will strengthen Gogo's balance sheet, which had $156.3 million in cash and over $1.1 billion in debt at the end of the second quarter. The company plans to use the money to improve its debt position while investing in opportunities around 5G.

The credit rating division of S&P Global upgraded its credit outlook on Gogo from negative to positive based on the deal.