Natural and organic (and conventional, too) foods distributor United Natural Foods (NASDAQ:UNFI) is looking a bit beyond its sell-by date in Friday trading, having dropped more than 10% initially in response to a downgrade from analysts at investment bank Wells Fargo. As of 10 a.m. EST, the stock remains down 9.8%.

Why? This morning, Wells cut its rating on the foods distributor from "equal weight" to "underweight" (i.e., sell). The analyst's new price target -- $6 a share -- implies more than 33% downside to a stock that closed trading north of $9 a share yesterday. 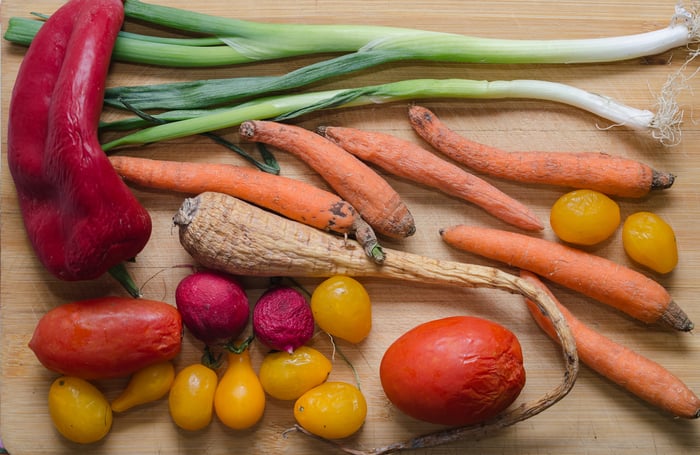 So what is it that has Wells Fargo so upset with United Natural Foods today?

There's no mystery here. According to a report from our friends at TheFly.com, Wells believes that United Natural's ill-considered acquisition of grocery chain SUPERVALU was anything but a super value. On the contrary, it's becoming more and more apparent that "United Natural materially overpaid, and the transaction overall added significant risk" to SUPERVALU's new owner -- and significant debt besides.

On the one hand, yes, Wells admits that United Natural stock looks cheap at a projected 6.3 times forward earnings, and the addition of SUPERVALU's revenue stream has certainly goosed sales growth (up 110% year over year last quarter). On the other hand, though, all these new sales aren't translating into profits for United Natural, which booked a $384 million loss in its fiscal first quarter of 2020.

United Natural Foods reported that loss just a little over a month ago, which means investors will need to wait probably two more months before United Natural will have a chance to report anything more encouraging. Wells Fargo doesn't seem interested in waiting around for better news, however (or optimistic the news will be better).

Based on today's fall in share price, it doesn't seem other investors are very interested in waiting, either.