This fuel cell company has electrified investors' hopes over the past year. Will the company's fourth-quarter performance energize shareholders even more?

FuelCell Energy (FCEL -1.67%), a leading provider of megawatt-scale fuel cell solutions, is scheduled to report its fourth-quarter earnings on Jan. 22. Undoubtedly, investors will be paying close attention to the company, just as they have been over the past few months, to see if its earnings report indicates that the company's turnaround remains intact.

Because of an unexpected third-quarter performance in which FuelCell Energy trounced analysts' revenue estimate of $9.75 million and reported $22.7 million, investors will be acutely focused on what the company reports in revenue for the fourth quarter. However, savvy investors know that a company's quarterly performance transcends just one metric, so let's key in on some other important things to focus on when the company reports earnings. 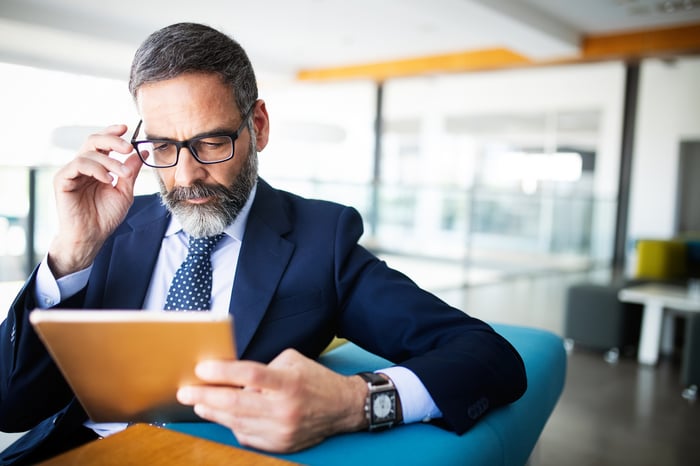 Stay on top of the top line

Granted, FuelCell Energy's Q3 revenue was surprising, but when it's juxtaposed with the $9.2 million the company reported in Q2, below analysts' expectations of $13.6 million, the $22.7 million the company booked in Q3 is shocking. In terms of the fourth quarter, analysts expect the company to report $11.5 million.

With regard to specifics, investors should look for revenue contributions from the expanded agreement with ExxonMobil. Last quarter, for example, FuelCell Energy reported $10 million in revenue from the new license agreement with ExxonMobil. In addition, FuelCell Energy, in October, announced that it would be partnering with E.ON Business Solutions, a German energy company with about 70 million customers, to explore fuel cell solutions for the European market. Financial terms weren't disclosed, so it will be interesting to see if this collaboration had a material impact on FuelCell Energy's income statement.

Don't turn your back on the backlog

Besides the financials, investors will want to keep a close eye on how well the company fared in developing projects in its backlog. At the end of Q3, FuelCell Energy's contract backlog totaled $1.4 billion; however, during an investor presentation in November, the company revealed that its contract backlog stood at approximately $2 billion. While FuelCell Energy warrants recognition for taking steps toward securing its growth prospects, it means little if the company can't transition the projects out of backlog and into operation.

One mild setback that the company recently encountered was the start of operations at the biogas project at Tulare, expected to occur in Q4. Management announced the start of operations at the end of December, though, which is during the company's first quarter of the fiscal year. Investors should look for the company to confirm that it remains on track to commence commercial operations of the Bolthouse Farms project and Groton Submarine Base project during Q2 2020 and Q3 2020, respectively.

Fit in time to check the company's financial fitness

Seeking assistance in positioning the company on more secure financial footing, FuelCell Energy retained the services of Huron Consulting Services in early June to help the company in its restructuring efforts. Four months later, FuelCell Energy's board of directors decided to end its work with Huron. In the press release announcing the termination of the engagement, FuelCell Energy touted Huron's efforts, stating, "The Board's decision was based on the outcome of many actions undertaken by Huron at the direction of the Board that led to the Company's successful restructuring, including the right sizing of the business, implementation of cost control measures, and pay off of substantial corporate debt."

Investors, therefore, should be keen to see the fruits of Huron's labors. In terms of reigning in expenses, it will be interesting to see if the company achieves quarter-over-quarter expansion in its gross margin and operating margin, 35.1% and negative 4.7%, respectively. Moreover, it will be worth checking to see how the balance sheet has been shored up. 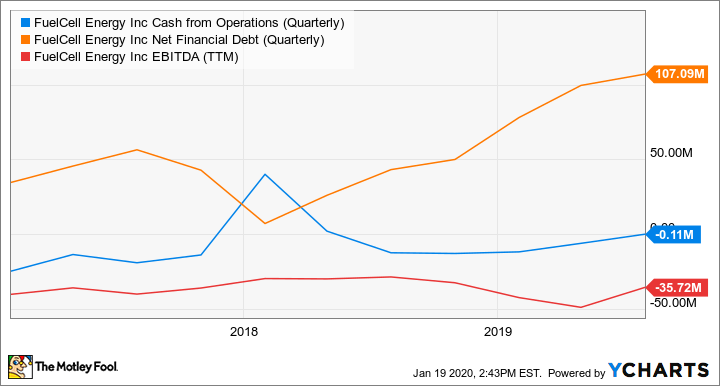 Since FuelCell Energy consistently fails to report earnings and frequently fails to report positive operational cash flow, it has relied on the issuance of debt to keep the lights on. While a reduction in debt will be beneficial as the company's interest expense will be lower, investors should remember that the company has also turned to the equity market to help raise capital, since it can't do it through organic means. 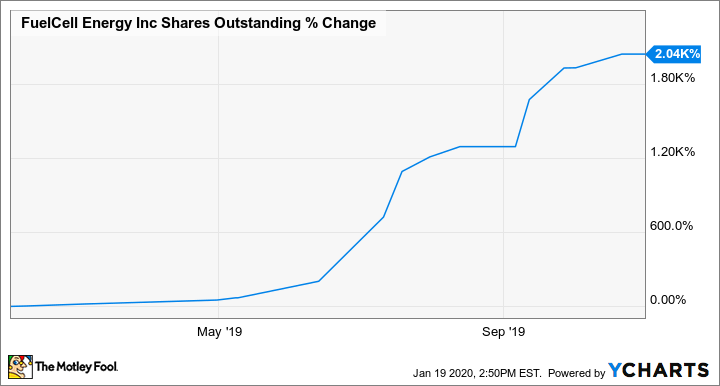 What to focus on with FuelCell Energy

It will be worth noting how FuelCell Energy, a niche player in the renewable-energy industry, does in terms of meeting analysts' revenue expectations of $11.5 million. Of greater concern, though, is how the company is faring in winning awards for future projects, growing its backlog, and executing projects in development. In addition, I'm interested to see the effect of the company's work with Huron on its financials and whether the company, as management contends, is in a more secure position.