Target’s lower holiday toy sales report doesn’t signal an interest drop in toys by Mattel or Hasbro, but instead a change in where shoppers are buying them.

Target (TGT 1.26%) reported lower-than-expected holiday sales on Jan. 15, with toys among the weakest product categories. Shares of toymakers Mattel (MAT -0.47%) and Hasbro (HAS -2.37%) fell 4.6% and 2.1%, respectively, on the news. But this report doesn't mean people are no longer buying Barbie dolls or Monopoly games, and it isn't signaling some sort of toy Armageddon. It means shoppers are buying toys in different places, notably online.

Target's online sales are growing, but Target still is primarily a brick-and-mortar retailer; third-quarter comparable sales gains of 4.5% reflected 2.8% growth in stores and a 1.7 percentage point contribution from digital sales. And according to a pre-holiday survey by Civic Science, online retailers were set to win sales during the season. The report predicted 47% of adults would do their toy-shopping at an online-only retailer such as Amazon (AMZN 0.25%). The study also showed that shoppers with Amazon Prime memberships were more than 200% more likely to make most of their toy purchases online compared to those without Prime. Amazon's own holiday report supported this data, with the retail giant saying toys were among its best-selling items. 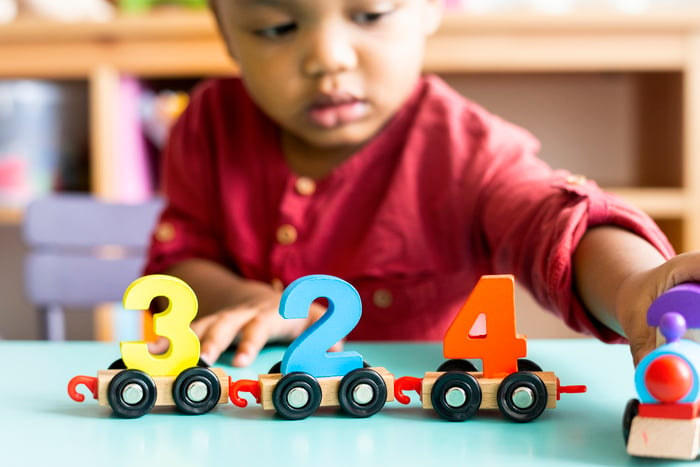 The demise of Toys R Us

As a matter of fact, in spite of Target's flat toy sales this holiday season, the outlook for toy sales is looking up. The NPD Group predicts total toy industry dollar sales to pick up this year and expects this growth to continue throughout 2021. The industry posted a 2% sales drop in 2018 after four years of growth, but again, the declines aren't linked to a disinterest in toy purchases. Instead, the demise of Toys R Us explains at least some of the weakness in 2018 as toymakers lost a major retail seller of their products. And sales performance in the first half of last year -- a 9% drop -- was hurt by the unfavorable comparisons to the prior year due to the Toys R Us liquidation sale.

Considering all of these elements, the landscape for toymakers looks a lot better than it did a year or so ago. Now the big question is: Which toymakers are set to emerge as leaders in this renewed toy marketplace?

The recent Phase 1 trade deal with China could make a big difference for Hasbro's outlook. The company, which reported earnings that missed analysts' estimates in the third quarter, said its operations were hurt by the trade war between the U.S. and China, the source of about two-thirds of the company's products. Hasbro has pledged to reduce the share of its manufacturing sourcing from China to 50% by the end of this year. In other positive news, Hasbro recently completed the acquisition of Entertainment One. The company's film and TV expertise will surely bolster Hasbro's identity as an entertainment company as well as bring it globally popular brands like Peppa Pig. Hasbro said the deal will be accretive to adjusted EPS -- minus one-time transaction costs and intangible amortization related to the purchase -- in the first year following the transaction.

Hasbro shares gained 30% last year, but there is room for 10% upside, according to Wall Street's average price estimate. The consensus has a buy rating on the stock. Considering these factors and the fact that Hasbro has paid investors dividends every year since 1981 and has lifted the dividend over the past six years, investors can expect growth as well as dividends from Hasbro.

A smoother quarter for Mattel

Mattel, which didn't note any impact from the U.S.-China trade war in its latest earnings report, had a smoother quarter than Hasbro and has surpassed analysts' estimates in the past four quarters. Still, revenue came in slightly lower than revenue at Hasbro -- net sales of $1.48 billion versus Hasbro's $1.58 billion. Mattel's famous asset, Barbie, posted a 10% increase in sales, and action figures and games also saw gains. As for payouts to investors, Mattel hasn't offered a dividend since 2017.

Mattel shares rose 36% last year and are trading a few cents higher than Wall Street's average price estimate. Most analysts recommend buying the shares, and though there isn't a strong reason to not buy Mattel, Hasbro's dividend payments, expansion in the entertainment business, and near-term share growth potential make it a bit more attractive at this stage.

That said, both Mattel and Hasbro should benefit from the rebound in the toy industry predicted for this year. The absence of a major toy seller like Toys R Us is a headwind for any toymaker, but if Mattel, Hasbro, and others can effectively market their products through online platforms, better days are on the horizon.