Please ensure Javascript is enabled for purposes of website accessibility
Log In Help Join The Motley Fool
Free Article Join Over 1 Million Premium Members And Get More In-Depth Stock Guidance and Research
By Rich Duprey - Updated Jan 22, 2020 at 8:14AM

The retailer's holiday sales were an unpleasant surprise, but they will soon be forgotten.

Five Below (FIVE 4.75%) has been a market wunderkind in the seven years since its IPO, nearly quadrupling in value (compared with a roughly 150% gain for the broad market) as it found the underserved teen and tween market especially lucrative.

Yet the stock fell over 10% after the company reported weaker-than-expected holiday sales last week that caused Five Below to dramatically lower its fourth-quarter and full-year guidance for both sales and profits. What had long been a retail juggernaut now appeared to be exceptionally vulnerable.

Five Below did regain most of the ground lost in the days that followed the earnings announcement as investors realized the discount retailer's business was not in serious danger. But the stock still trades below where it stood before the holiday sales update, and that provides an opportunity for investors to capitalize on where it will be heading. 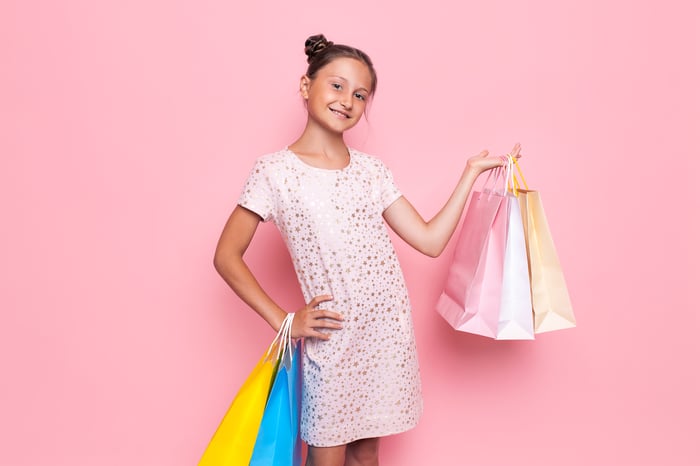 That's significantly worse than the guidance it provided in early December after the third quarter, when it expected net sales would be in a range of $717 million to $732 million on a 2% to 3% comps growth, with profits of $1.97 to $2.05 per share. The complete reversal of fortune is what caught people by surprise, not least because Wall Street was actually predicting the retailer would surprise to the upside.

The analyst consensus forecast was for Five Below to post revenue of $729 million, comps growth of 2.8%, and profits of $2.02 per share. Yet there was a plausible reason for the shortfall, and though management should have taken that into account when it provided its original guidance, the fact it couldn't make up the difference becomes more understandable.

As many retailer results showed, the 2019 holiday calendar meant there were six fewer shopping days between Thanksgiving and Christmas than the prior year. It was also the fewest number possible: just 25 days.

Because Thanksgiving is the fourth Thursday of the month, it means the holiday can fall anywhere from Nov. 22 to Nov. 28. In 2018, it fell on Nov. 22; this year, it was Nov. 28. The last time it was that late in the year was 2013, and it similarly caused all kinds of havoc within the retail industry as Christmas sales were pushed much earlier ahead of the typical Black Friday start.

CEO Joel Anderson admitted the obvious when he said, "While our comparable sales during key holiday selling periods were positive, they were not strong enough to overcome the headwind of six fewer shopping days between Thanksgiving and Christmas, and overall sales did not meet our expectations."

There is still reason, though, for investors to remain bullish about the company.

Not afraid of Amazon

Five Below remains committed to its expansion plans and will open 180 stores in 2020. That makes it one of a select group of retailers that continues to open new doors rather than shrink its footprint as the industry evolves to meet how consumers shop today.

Five Below has the added advantage of being among those businesses that are highly Amazon-resistant. Although a number of retailers claim to be, and the discount sector tends to be more resilient than most, Five Below's target demographic makes it especially so.

Adults (even those who patronize the deep discounters) can and do buy from Amazon, which has also made a big push into the bargain bin. But Five Below's customers are kids who aren't usually surfing e-commerce sites to shop. They tend to shop under parental supervision at physical stores, and Five Below gives them a place where they can essentially do so with abandon.

Still a future with kids

Five Below is also experimenting with higher price points, which allows it to increase product selection and quality, expand profit margins, and still remain affordable even for kids. So strong growth is still in the cards for this chain.

Also, this year's calendar gives shoppers two more days to shop between Thanksgiving and Christmas compared with last year, meaning the quirk that sabotaged Five Below's holiday results this time around will likely be forgotten.