Please ensure Javascript is enabled for purposes of website accessibility
Log In Help Join The Motley Fool
Free Article Join Over 1 Million Premium Members And Get More In-Depth Stock Guidance and Research
By Rich Duprey - Jan 24, 2020 at 7:00AM

Cable and telco's death grip on internet service is about to loosen.

Just as cable TV operators were learning to cope with the impact cord cutting was having on their business, sometimes by even launching their own streaming TV services, the next phase of the phenomenon is suddenly looming on the horizon, and this round could be fatal.

SpaceX is poised to launch its high-speed home internet service this year with the promise of undercutting the rapacious cost of legacy ISPs. While most of the current alternatives to the cable companies and telcos for internet haven't been impressive, this new satellite-based broadband system, along with the one Amazon.com (AMZN 4.11%) is looking to build, seems to offer consumers the best opportunity for finally severing the last strands tethering them to their existing providers.

And if consumers grab at these low-cost options with both hands -- and why wouldn't they, as that has been the point of cord-cutting all along -- it will be devastating to the old guard. 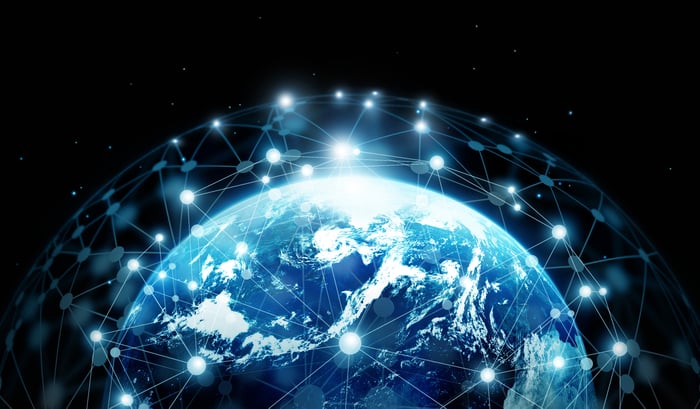 SpaceX is expected to be the first out of the gate. With around 175 satellites in orbit now and some 12,000 planned overall, SpaceX has the lead over Amazon, OneWeb, and Telesat to begin offering broadband from space, possibly in December.

Last August the spaceship company requested Federal Communications Commission (FCC) approval to launch its satellites in three separate orbital planes instead of the one it was originally permitted. By doing so, SpaceX said it could populate the skies with more satellites faster, and provide coverage to more areas "by the end of the next hurricane season." It says it might be able to reach the rest of the U.S. before the start of the next season.

The Atlantic hurricane season runs from June 1 to Nov. 30; the Pacific season begins in mid-May.

It's unknown yet just how much SpaceX's internet service will cost, but Elon Musk has said his goal is to provide broadband connectivity to areas that are currently underserved by existing ISPs and as a low-cost alternative in more urbanized areas. It will all depend on what his definition of "low-cost" is.

Similarly, Amazon says its Project Kuiper broadband system is expected to have a constellation of over 3,200 satellites in low-Earth orbit to provide "connectivity to unserved and underserved communities around the world."

Although the FCC has yet to approve them, the e-commerce giant has hundreds of job openings available for the enterprise, most recently posting positions for a number of senior hardware, design, and electrical engineers, suggesting Amazon is looking to hit the ground running when it gets the nod.

Amazon also anticipates a lot of people are going to want to sign up for the service because, Jeff Bezos says, the company can only afford to do big things now. He told attendees at Amazon's global artificial intelligence conference last year:

So Project Kuiper has that. It's also a very good business for Amazon because it's a very high-[capital expenditure] undertaking. It's multiple billions of dollars of capex ... Amazon is a large enough company now that we need to do things that, if they work, can actually move the needle.

While others are also beginning to offer new internet service -- T-Mobile is rolling out its LTE-based service that costs $50 per month with no data caps -- the satellite broadband services seem to be the ones most likely to do the most damage to existing providers.

It was the advent of streaming that forced the likes of AT&T and Comcast to launch their own streaming services, but the next evolution in cord-cutting is almost here and the only effective response they may have available is to cut prices, which will eat into profitability.

SpaceX is looking to ramp up its rate of rocket launches to put more satellites into space and Amazon could follow if the FCC gives it approval. While satellite broadband is still a small, niche, well, space, 2020 could be the year when the grip cable and the telcos have on providing internet finally breaks free.