Companies who bet the house on Macau have no way of escaping the coronavirus outbreak.

Shares of Las Vegas Sands (LVS -3.78%), Wynn Resorts (WYNN -3.52%), and Melco Resorts & Entertainment (MLCO -2.61%) all fell more than 10% at the open Monday and traded down more than 5% throughout the afternoon. All three companies have significant exposure to Macau, a casino hotbed that is feeling the brunt of China's efforts to contain the coronavirus outbreak.

We are in the middle of China's Lunar New Year holiday, which traditionally has been a time of increased travel and crowds at Macau's casinos. But the number of mainland Chinese visitors to Macau reportedly fell by 80% on Sunday, compared to the equivalent day of last year's holiday, and for the first three days of the holiday arrivals are down more than 60%. 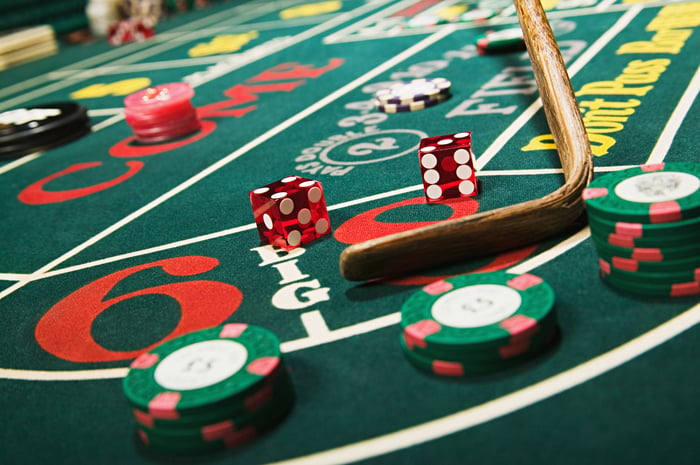 The coronavirus, which so far is blamed for more than 80 deaths, and China's efforts to contain it spooked markets on Monday, with the S&P 500 down more than 1.2% and a number of travel stocks off by considerably more. The Macau casinos went into 2020 hoping that a strong Lunar New Year holiday would start them on a positive trajectory after a difficult 2019, but the outbreak has all but ruined those hopes.

Overall Macau gross gaming revenue fell 3.6% in 2019 compared to 2018, the first annual decline since 2015, according to data provider Trefis.

China has imposed travel restrictions on its citizens, and Macau Chief Executive Ho Iat-seng reportedly said he can't rule out ordering all the casinos to close to help contain the virus.

Shares of Melco, Las Vegas Sands, and Wynn Resorts are all down more than 8% over the past month as the outbreak has continued to grow worse by the day. 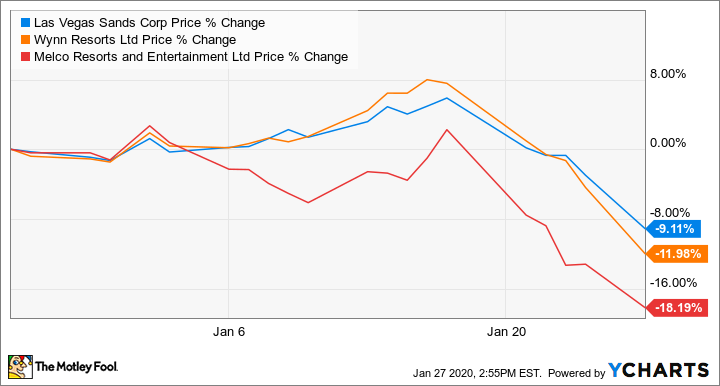 There's no way to sugarcoat the situation. While the sell-off in shares of airlines and cruise lines is somewhat speculative, or at least based on fears of what the outbreak might become, these casino stocks are going to be unable to avoid taking a hit due to the coronavirus outbreak.

While all three companies have exposure outside of Macau -- Wynn and Sands have operations in Nevada, while Melco has a foothold in the Philippines -- all three companies generate the lion's share of their revenue from the south China resort destination.

The only question is how big of a hit they will take. China has extended the New Year's celebration until Feb. 2, allowing at least a glimmer of hope the outbreak will die down in the days to come and the casinos will be able to backfill or rebook some of the cancelled reservations. Even if that is overly optimistic, given the importance of gambling to Macau's economy, the government could consider incentives to stimulate bookings once the outbreak fades to recoup some of what was lost during the holiday.

But in all likelihood the coronavirus is an issue these companies will have to deal with for weeks, if not months, and the real question is whether the outbreak's impact will be limited to the current quarter. For investors interested in gaming stocks but unwilling to take the risk the virus will worsen, an alternative like MGM Resorts (MGM -2.99%), which has less China exposure than its rivals, is likely the better bet.