Please ensure Javascript is enabled for purposes of website accessibility
Log In Help Join The Motley Fool
Free Article Join Over 1 Million Premium Members And Get More In-Depth Stock Guidance and Research
By Rekha Khandelwal - Jan 28, 2020 at 10:30AM

Though both are refiners, there are some important differences between the two companies.

If you are looking for exposure in the refining sector, Phillips 66 (PSX 2.90%) and Valero Energy (VLO 1.60%) are among the stocks that first come to the mind. Both are top refiners with some of the best assets and healthy dividend yields. Both companies also look set to benefit from the new fuel standard from the International Maritime Organization that came into effect from January 1. However, it is important to know some key differences between the two before selecting one over the other.

The first key difference between Phillips 66 and Valero Energy lies in the two companies' operations. While Valero Energy is largely into refining, Phillips 66 is slightly more diversified in comparison. A significant chunk of Phillips 66's earnings come from its midstream, chemicals, and marketing businesses. Though Valero too has some midstream assets, they contribute much less to the company's earnings.

This diversification gives Phillips 66 a slight advantage in terms of earnings growth, especially when the refining market environment is weak. However, investors looking solely for a refining exposure may like to consider how it fits in their portfolio. 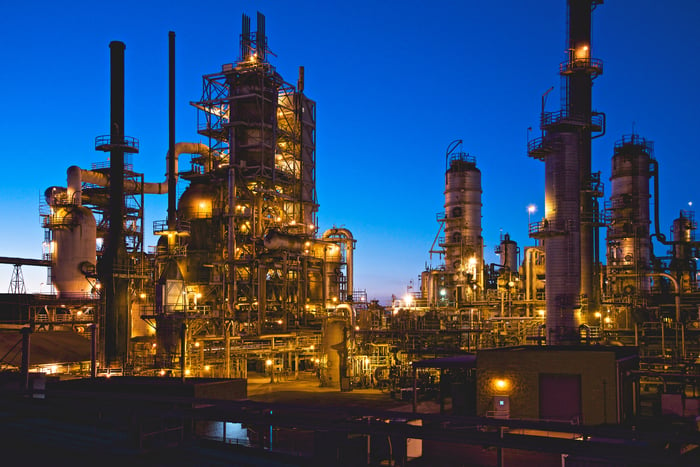 Another area which differentiates Valero Energy from Phillips 66 is the scale of their ethanol and renewable diesel operations. Valero Energy has has made good progress in renewable diesel production. The extension of blenders' tax credit for a five-year period will benefit Valero. While this amount may not look material now for big refiners, a longer-term extension of five years is an indicator of the importance of renewable fuels for refiners in the future. The Environmental Protection Agency's RFS, or Renewable Fuel Standard, requires refiners to blend renewable fuels in with their transportation fuels. With a lot of focus on renewable energy, including the extension to 2030 of the Renewable Energy Directive II in Europe and the Low Carbon Fuel Standard program in California, the demand and margins for renewable diesel are expected to remain strong.

Though Phillips 66 is still working on a couple of renewable diesel projects, it recently called off a major project in Ferndale due to permitting delays.

In the last few years, Phillips 66 has been able to grow earnings at a higher rate compared to Valero as well as other refiners.  A few key factors contributed to this outperformance. First is Phillips 66's sound investments in the refining segment. The company's investments have generated higher returns and have an advantage in terms of crude inputs. This comes from the company's deep understanding of the refining markets. Second, Phillips 66 is able to better leverage its midstream investments by placing them around its refining footprint. Third, its chemicals business assets are also well-positioned providing it a competitive advantage over others in terms of sourcing feedstocks. So, all of the company's businesses are contributing to its impressive growth.

Notably, Valero Energy stock has outperformed Phillips 66 on a total return basis over the last five years. This is likely due to Valero's higher dividend growth that has also resulted in its higher yield. However, in the last two years, the two refiners are growing dividends at the same rate.

So, which is better?

The biggest challenge of refiners currently is to stay profitable in an oversupplied market. Both Phillips 66 and Valero Energy are doing a great job not only in staying profitable, but also growing their earnings. The companies are also focused on returning value to the shareholders through stock buybacks and dividend increases. While Valero's edge in renewable diesel and its slightly higher yield may attract a certain set of investors, Phillips 66 has surely been a winner in terms of recent earnings growth. With a bunch of upcoming growth projects, Phillips 66 looks well-placed for future growth too.