One of Britain's top healthcare agencies, the National Institute for Health and Care Excellence (NICE), announced on Tuesday that the group had decided to reject Johnson & Johnson's (JNJ 0.42%) depression nasal-spray Spravato due to questions regarding its efficacy as well as cost-effectiveness.

NICE is responsible for determining whether a drug gets included in Britain's National Healthcare System (NHS), and for the past while has come down hard on drug candidates over the question of cost-effectiveness. Although this is a blow to Johnson & Johnson, the decision isn't necessarily final as of this moment. NICE's initial conclusion is open to comment from Johnson & Johnson until Feb. 18, and an appraisal committee meeting is expected to take place soon. 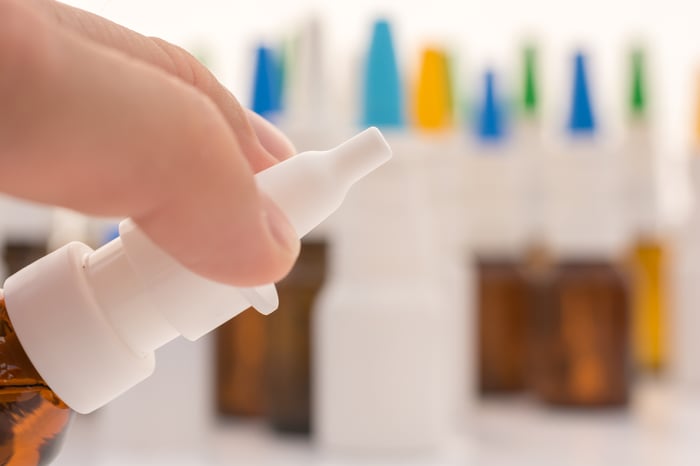 "Estimates of the costs of providing the clinical service for esketamine were highly uncertain, as are the costs of repeated courses of the drug," said Meindert Boysen, director of NICE's center for health technology evaluation.

This isn't the first time that JNJ's Spravato was criticized for its cost. Back in May 2019, the Institute for Clinical and Economic Review, a healthcare cost watchdog, criticized the company for supposedly overpricing the nasal spray. Spravato can cost up to $6,785 for the first month of a patient's dosing schedule.

Although Spravato has done well in five separate phase 3 trials, NICE argued that the nasal spray doesn't have enough data when pitted against "all relevant comparators." This includes treatments such as electroconvulsive therapy as well as various antidepressant/antipsychotic medications. The agency also mentioned that they were unsure about whether any improvements in symptoms would remain even after patients stopped taking Spravato.