Please ensure Javascript is enabled for purposes of website accessibility
Log In Help Join The Motley Fool
Free Article Join Over 1 Million Premium Members And Get More In-Depth Stock Guidance and Research
By George Budwell - Jan 30, 2020 at 11:40AM

Biogen handily beat expectations in the fourth quarter, but that doesn't mean this biotech stock is worth buying today.

Adding fuel to the fire, Biogen also reported a sizable 12% decline in selling, general, and administrative expenses, as well as a 13% drop in research and development costs in the fourth quarter of 2019, relative to the same period a year ago. These substantial cost-cutting efforts significantly boosted the biotech's bottom line for the quarter. 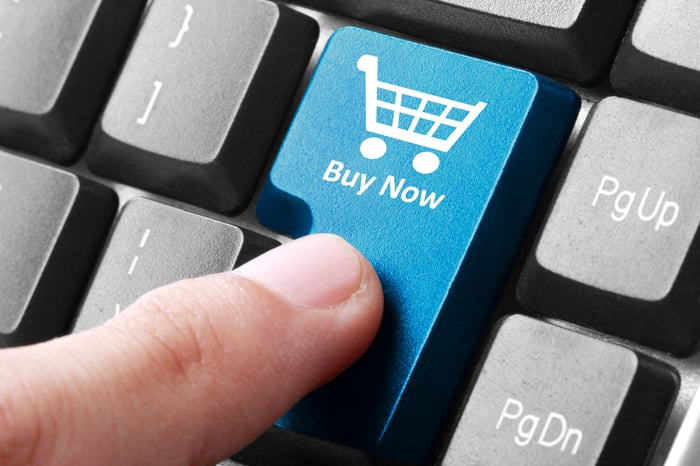 Is Biogen's stock a worthwhile buy on the heels of these encouraging financial results? Let's pull apart the biotech's near-term value proposition to find out.

The first -- and perhaps only -- feather in Biogen's proverbial cap is its rock-bottom valuation. At 8.54 times forward-looking earnings, Biogen is one of the cheapest large-cap biotech stocks right now. But this dirt cheap valuation isn't without cause. Biogen has been heavily dependent on Spinraza to drive top-line growth of late. Unfortunately, this rare-disease med appears to be running out of steam. Although Spinraza's sales rose by a respectable 16% year over year, the drug's quarter-over-quater revenue actually fell by $4 million. That's a worrying sign that this key growth product has indeed started to plateau.

Another area of concern is Biogen's reluctance to pursue a bolt-on acquisition. The company is banking heavily on the approval of its controversial Alzheimer's disease drug candidate aducanumab, evinced by the fact that it has already started to gear up for the drug's commercial launch. While this experimental Alzheimer's medication has the potential to nearly double the biotech's annual sales within a few short years, it's highly unlikely that regulators will even approve it. The market, for its part, doesn't appear to be particularly optimistic either, based on Biogen's clearance-bin valuation.

As things stand now, Biogen boils down to a company with a highly uncertain near-term outlook. To be fair, the biotech's longer-term outlook is considerably brighter in light of its healthy pipeline of early to mid-stage assets. That said, investors may have to wait the better part of the current decade for any of these therapies to have a positive impact on the company's fundamentals.

Despite Biogen's near-industry-low valuation at the moment, there just isn't a whole lot to like about this biotech stock. If management's moonshot effort with aducanumab pays off, then its investing thesis will markedly improve, literally, overnight. But that's hard to imagine, given the drug's rather mixed late-stage results. The long and short of it is that Biogen needs to go shopping to bolster its thin late-stage pipeline and near-term prospects. And until then, this high-profile biotech stock probably won't garner even an average valuation.